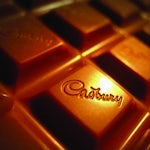 With the price of commodities, like cocoa, on the rise, and the health lobby proposing smaller portions, confectionery manufacturers may well be weighing up the merits of cutting bar size. But history tells us that there are brand risks in doing so – especially if the changes are not 100% transparent.

Just before the commodity price rise stories hit the front pages, there were rumours that Kraft was thinking about tinkering with the size of its Cadbury Dairy Milk bar, cutting it by 20%. That could simply be coincidence, yet when commodity prices increase, there are always rumours of portion sizes going the other way. Indeed, it’s a common tactic among food manufacturers keen to maintain margins, but it’s far from simple. And even further from ’safe’ for the brand.

Today’s consumers are more savvy than ever. They also have the world at their fingertips thanks to social media sites. So while a quick cut in say, the size of a chocolate bar, might seem a quick fix, the repercussions for the brand can be severe.

Look at what happened in Australia a couple of years back: Cadbury cut the size of its 250g bar to 200g creating frenzied activity on the blogs and forcing the company to publicly explain its reasoning.

“The fact is cocoa prices have doubled in the last two years. For most of this time, we’ve taken this on the chin,” reads the website. “So we had a choice – increase the price of our Cadbury Dairy Milk milk chocolate and potentially put it out of reach for many of our customers or reduce the product size and costs. We didn’t want anybody to miss out just because of price and so we decided to reduce the size and reduce the price we charge our retailers.”

But some retailers didn’t reduce the price, according to Cadbury – thus leading to the public backlash. The manufacturer was also moved to further defend its reasoning by suggesting the new, thinner bar “enhanced the eating experience”. Indeed.

Mars fell into the same trap: last year it admitted to reducing the size of its Mars and Snickers chocolate bars by 7% in the second half of 2008 – but without telling anyone, and without reducing the price. Mars initially claimed that it made the move for public health reasons, but then reportedly admitted it was actually a cost-cutting measure.

With commodity prices on the rise again, cuts in bar size will at least be on the table again. There is also the spectre of the Food Standards Agency recommendations for bars to be cut in size: by 2012 the FSA wants to see 40g variants available for the likes of Cadbury Dairy Milk (49g).

Rumours have already surfaced that Kraft is planning to cut the likes of Dairy Milk by 20% – is it just a coincidence that it’s the size the FSA would be happy with? Of course, it could well be just further fuel to the flames following the acrimonious Cadbury takeover by Kraft earlier this year.

Of the major brands that could be thinking of reducing the size of some of their most popular countlines, Cadbury/Kraft has the most to lose, say retail analysts.

“Kraft’s already on shaky ground and this could be an extremely dangerous move,” says Neil Saunders, consulting director at Verdict Research. “It might seem [from the outside] like a knee-jerk reaction [from the new owners],” he adds, and blow the ongoing dispute following the takeover wide open.

What has so far has been an internal fight between the unions and the board (with no obvious impact on sales of Cadbury-branded products) could become a very public spat (with possible repercussions for the brand and sales).

So, are cuts to bar size completely out of the question? Saunders says more likely tactics include rationalising portfolios or less focus on the deep price cuts seen last Christmas. A cut in barsize isn’t beyond the realms of possibility though.

According to many US blogs, many Kraft brands have already been the focus of the ’grocery shrink ray’ – the process of shrinking products and freezing prices. Don’t forget too that Kraft has been at the forefront of the 100 calorie per pack concept Stateside.

However, that might be a harder sell here: according to the FSA’s research the 99 calorie Cadbury bar introduced in 2005 didn’t sell particularly well in this country. Kit Kat senses, on the other hand, at 165 calories has been much more popular, having also received backing from a six-figure marketing budget.

Cadbury has denied the rumours of cuts to Dairy Milk, but points out that the size of bars has gone up and down over the years. When asked, Mars, unsuprisingly says it couldn’t discuss such future planning, but if it did make a move then it would “go on pack with it”.

Saunders says if a bar is cut by, says 20%, then the manufacturer needs to be “100% transparent” when making the change. Mintel’s director of trends and innovation, David Jago, agrees. “If the messaging is managed really well, then it [size reductions] could work. Tropicana managed it with its smoothies [when it downsized to 750ml in order to arrive at a certain price point]. But you have to be absolutely transparent.”

To date the portion cuts have, as Anna Glayzer campaigns co-ordinator at The Food Commission described, “smacked of deception”.

With commodity price rises now front page news, a new coalition government hell-bent on reducing the nation’s waistline and smaller bars (under 85g) experiencing faster growth (up 20% between 2007 and 2009, Mintel) than larger bars (up 13%) at the moment, could this be the right moment for Mars, Cadbury and Nestle to see through some cuts in bar size?

“If one made the move, it could easily set a precedent,” says Jago, “but getting the message across to consumers will be really tough.”