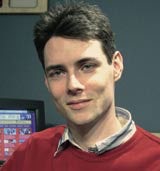 The BBC is to publish its online audience figures, a full three-and-a-half years after Virgin Radio began doing so. I am delighted the corporation has finally made this move.

The effect of the BBC on the internet shouldn’t be understated. From education to entertainment, its online services are well-funded and -executed. BBC News is the primary online news resource for most of us. My nephew enjoys a safe environment on the CBeebies website, where he can play with his beloved Bob the Builder to his heart’s content.

The BBC’s promotion of its online activities has made the UK one of the fastest adopters of the internet, and has had a positive effect on the new media industry. Its online Radio Player is a triumph of usability, and – even though the BBC was again behind us with its “listen again” service – is rightly praised as a great resource.

Radio is unique in being a medium that can be consumed while doing other things. Most online listeners listen while at work on their computers, whether in the workplace or at home. Our own research shows that the internet is a valuable way of marketing a station and encouraging listeners to try it.

However, the BBC’s announcement poses some questions.

What will the BBC measure? Online measurement, despite the best efforts of ABC Electronic, is unclear: some media owners quote “hits”, some “page impressions”, and there is a plethora of measurement companies, producing wildly different figures. Just as the traditional Rajar system is used jointly by the BBC and commercial radio, we need consistent online measurement. The BBC should make its proposed methodology public, and ensure that commercial radio stations can release equivalent figures to aid comparison.

What will the BBC reveal? As a licence-payer, I’d like to know how much of the BBC’s domestic output is enjoyed by people who aren’t licence-payers. A casual listen to the BBC’s 6 Music digital station gives the impression that most, if not all, listeners live outside the UK. The majority of Virgin Radio’s online listeners, on the other hand, are in the UK, enjoying a clearer signal than AM; however, since the BBC’s nationwide FM coverage is excellent, will its live online audience be weighted towards the US, Canada, or continental Europe?

And why isn’t Rajar doing this? Radio appears on more platforms than ever, but no broadcaster knows how listeners actually consume its stations. How much listening is due to Sky, Freeview, the internet or cable TV? Rajar does at least believe that measurement of different platforms is important, and I welcome its work in the field. A third party like this should be best at releasing figures which are wholly comparable.

But, these details aside, the BBC’s release of online audience figures is good news for the industry. The addition of the BBC will show exactly how important the internet is to radio. And that’s a good thing.