M&S has filed two trademarks for ‘Sparks’ and ‘Sparks: More For You’ with the Intellectual Property Office under the loyalty card category.

One inside source confirmed the loyalty programme but suggested that “Sparks” could be a temporary name.

A report by Reuters claims an M&S’s “Sparks” membership card would reward both M&S food and general merchandise customers with exclusive benefits and personalised offers, rather than being a purely transaction-based scheme where points are awarded for every pound spent.

Responding to the rumours and the trademark, an M&S spokesman says: “Major businesses often file trademarks and there is nothing to report.

“At our recent Prelims presentation we said that being more in-touch with our customers was one of our priorities for the year ahead but we would not comment on rumour and speculation about future activity.”

However, the time could be right for the upmarket retailer after recently returning to profit for the first time in four years.

In the past, M&S’ chief executive Marc Bolland has spoken about the need to translate strong food performance into its flagging GM business. A loyalty card could help to generate more cross-sector purchases and allow it to get the same consumer data that its supermarket rivals are accustomed to through their loyalty schemes.

With M&S recently improving personalisation features on its website to offer customers individual product recommendations and advice, a loyalty card would be the next logical step.

Although sales at M&S.com remained in decline for the year to 28 March– with sales falling 2%, performance improved throughout the year with sales up 13.8% in Q4. A loyalty programme could help to maintain this growth and give shoppers more impetus to use Sparks’ points online.

A loyalty scheme would also further back up Bolland’s claims last month that M&S was looking to give consumers a greater sense of exclusivity.

He said at the time: “The main thing for us is to catch trends early and push a greater mix of availability and exclusivity.”

A closer link between food and GM

It’s no secret that M&S has succeeded more as a food retailer than a fashion one over recent years.

And although M&S has moved to unite the marketing of its GM and food businesses to help balance sales – promising further unity later this year – a loyalty card and its personalised rewards could help drive footfall to sections outside of the fridges.

Speaking to Marketing Week last year, M&S’s executive director of marketing and international, Patrick Bousquet-Chavanne said: “The intrinsic values that food and fashion share is what the consumer recognises – that great innovation, quality and incredible value. This [marketing] platform brings this all together for the first time in a very visible way.”

A card would surely bring fashion and food even closer together and allow M&S to promote and offer exclusive offers and deals on its GM offering to food customers and vice versa.

M&S has invested heavily in its digital offering in recent years. That includes on new apps and payment services, with M&S one of the first retailers to sign up to the imminent launch of Apple Pay in the UK.

Harvey Nichols recently launched its own digital only loyalty app uniquely offering “surprises” such as extra points, flash sales and perks such as free cups of tea depending on how much they spend.

Having recently overhauled its website, it would not be a surprise to see M&S launch a digital interpretation of Sparks. It has already dipped into toes into this area with a digital loyalty app for its cafes.

“This is about data just as much as personalisation. M&S wants to understand its customers better and knows that is the key to reversing its ongoing issues with GM,” said a source with knowledge of the scheme.

Evans says while M&S does have a loyalty card of sorts in the form of its credit card, which offers cashback on purchases, it has been losing out not have a more traditional programme.

“As one of the few major high street brands without any form of non-finance based loyalty programme you wonder how much they have been losing out from lack of customer data insight and the ability to engage customers in dialogue through a formalised relationship programme supporting their business and brand goals,” he says. 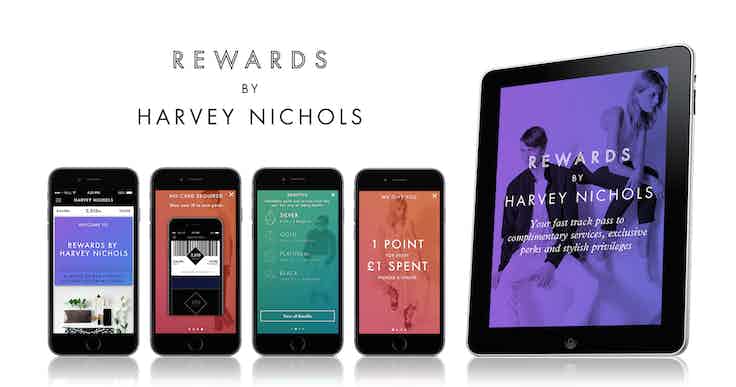