Not too long ago podcasts were seen as a niche channel but, with unique monthly listeners tripling to 75 million over the last five years according to media tracking firm RawVoice, they are becoming increasingly serious business.

At the forefront of this shift has been Serial, a narrative-based podcast that features real-life stories. It is the most-listened to podcast in history and has been downloaded or streamed more than 70 million times.

Podcast platforms are also thriving, with Serial becoming the first podcast to clock up five million downloads on iTunes. Platforms such as Acast, meanwhile, offer brands a direct podcast platform.

Despite only launching in the UK market in September 2014, Acast, which is a free-to-use podcast platform that hosts and promotes podcasts for brands and links podcasters with advertisers, has seen rapid growth.

This year it has achieved 24 million streams and downloads per month – a 364% increase on the previous year – while it hosts over 50% of all commercial podcasts in the UK.

With brands such as Asos, Vodafone and Dominoes Pizza already using Acast, it also directly links podcasts and ads to the likes of iTunes and Spotify.

Acast’s head of UK Ross Adams knows all about streaming having previously helped launched Spotify into the UK market and he’s convinced podcasts will only keep growing.

He told Marketing Week: “We currently work with around 100 brands and that can probably double next year alone, we want to triple our revenue in 2016.

He adds: “Brands are realising that podcasts can offer a unique one-to-one engagement, it is about as personal as marketing can get as the listener is truly engaged if they are prepared to listen to long-form content. This is the golden age for podcasts.

“If you look at the Kemode and Mayo film reviews show on BBC Radio Five, the podcast listeners have caught up with the live show; soon they will overtake them completely.”

Staying true to your brand

But marketers shouldn’t start a podcast just to tick a box, according to Lucinda Greasley, who is managing editor at Asos.com.

The fashion brand started creating its own podcast just nine months ago after a member of its editorial team was inspired by listening to Ted talks on their smartphone. The Asos podcast has gone on to attract more than 30,000 listeners and 2,000 subscribers.

“Podcasts seemed like the natural progression for our Big Idea feature in our magazine, which looks at young female entrepreneurs, so we just started recording the interviews and developing them into podcasts,” explains Greasley.

She said having a property strategy towards content is key to making a podcast sucessful.

“Having a content team in place will help but you can’t just make a podcast purely because everybody else has one or you’ll fail,” she added.

“This isn’t about just adding another channel to your marketing mix. You need a strong idea and a unique personality or you’re just adding to the noise. All the girls that do the Asos podcast work at Asos, so they are bringing a voice to our brand.”

One man who has truly became the voice of a brand is Sam Clements, who is a marketing manager at cinema chain Picturehouse and runs its hugely popular podcast with friend Simon Renshaw.

The podcast, which has been running for five years, has more than 25,000 subscribers and is distributed to the cinema chain’s 500,000 email subscribers. Clements, meanwhile, has co-interviewed the likes of actors Colin Farrell and Carey Mulligan on the podcast show.

He told Marketing Week: “For me the key is to have fun. I used to work at a Picturehouse cinema, I also trained as a projectionist, so when me and Simon speak it’s like listening to two genuine film fans having a chat after a screening.

“We don’t run any advertising but I don’t really see the need to be that corporate. The podcast helps to drive loyalty as it communicates how passionate the overall brand is about film. People go into the cinemas expecting the same level of connection with staff and that’s great.”

In particular, Clements said length is a key area brands looking to create podcasts must get right.

“People don’t want a three hour podcast. We do it for half an hour and we only go over that if an interview really merits it,” he added.

Acast’s Adams agrees, adding: “Podcasts are on average 46 minutes long so people won’t just click on such a long-form piece of content at a whim.

“You have to create a cool trailer to get people to sample or post some art from the podcast on Instagram.

“It is worth it as once you get people listening regularly and make your podcast their weekly habit, you have a really engaged audience.”

Don’t be afraid to fail

Moving into podcast creation isn’t easy, according to Asos’s Greasley, who said patience is key.

“Podcasts can be a slow burner as it isn’t like an instant social channel, you need to have patience,” she explained.

“But it isn’t hugely time consuming to pull off and if you record something that has the right content and great quality, you will drive engagement eventually.”

He concluded: You won’t get it right straight away. If I listen to our first episode it is awful but we keep everything online so people can see the evolution.

“This isn’t always a polished medium but it is a truthful one and people really engage with that spontaneous feeling.” 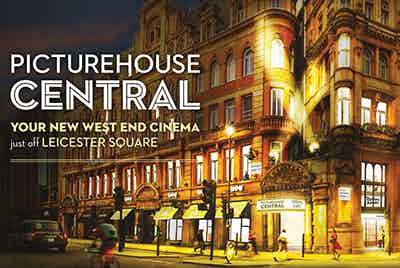 Picturehouse’s group marketing director Sara Frain explains why the brand is adopting innovative technology, why it sells more wine than popcorn and how the group aims to keep the film-going experience exciting as it opens in London’s Trocadero

Asos is rolling out its loyalty scheme to UK shoppers over the next six months as part of plans to put mobile and content at the heart of the retailer’s marketing strategy and create a deeper emotional connection with shoppers.

Podcasts are having “a marginally positive effect” on live radio listening in the UK, according to audience measurement body Rajar’s second survey into the online listening trends. The latest figures, released today (July 2), show that 14.5 million people claim to have listened to radio via the internet in April and May compared to 12 […]