Having traded together since eBay bought PayPal in 2002, the move appears bold considering the latter’s ongoing successes.

The volume of payments handled by PayPal rose 20% to $66bn, with 1.1 billion transactions processed, for the three months to 30 June. Its total revenue, meanwhile, increased by 16% to $2.3bn.

In comparison, eBay has felt pressure from the rise of rivals such as Amazon Marketplace and Etsy.

However shareholders feel the time is right to establish PayPal, which is growing sales faster than eBay, as their prominent consumer brand, according to Ben Wright, chief of research at CCS Insight.

“I think the split means PayPal is in a much better position to compete – it also means it’s now open to mergers and acquisitions as I’m sure someone like Facebook or Google would be very attracted by such a trusted payments brand,” he explains.

“But it needs to move fast as its format for contactless is still questionable at best and the likes of Apple Pay have a lot of momentum.”

Crucially this put it ahead of online retailers such as Amazon (2%), internet companies such as Google (2%), social networks such as Facebook (1%) and device vendors such as Apple (1%). It only trails credit card companies (13%) and banks (43%).

Eden Zoller, principal analyst for consumer services at Ovum, says strong levels of trust among venders and consumers still gives PayPal an advantage as it goes it alone.

She explained: “PayPal is an incredibly well trusted brand and has long established relationships with merchants that Apple could only dream of.

“It has also made some really intelligent acquisitions such as Paydiant, which will offer white label loyalty and more control for brands – so I think it’s clear PayPal is ready to be competitive.”

The PayPal brand also continues to grow its awareness levels.

Over the last six months, its Index score, which include consumer perceptions of quality, reputation, value and impression, has risen 6.9 points to 28.3%, according to the YouGov BrandIndex rankings. This statistically significant rise puts it second only to Visa on its list of the UK’s 40 biggest card and loan brands.

He adds: “Security fraud is high right now but not on PayPal so they need to communicate this fact much more effectively to partners and consumers alike.

“The brand needs to offer consumers more loyLTY incentives and perhaps become more of a lifestyle brand – above all, talking up its security would be most sensible as it’s failed to really sell those features in its ads in the past.”

However Rob Harper, director of mobile commerce at PayPal, told Marketing Week that security will be just one facet of the brand’s growth strategy.

He concludes: “What we mustn’t do with contactless is just replicate a simple card based experience that doesn’t add value.

“I think digital and mobile wallets have an opportunity to bring together all components of transactions – whether that’s rewards, loyalty points or ominchannel interactions. One constant is people will always need a way to pay and we’re confident we will remain an important part of that.”

It will soon roll out contactless pay solutions across Shell petrol garages,
after a successful trial that enabled car owners to pay for petrol on their phones from the forecourt. But PayPal’s app still only works with a handful of brands (Pizza Express are also on board).

Despite the competition posed from Apple Pay and the incoming Android Pay, PayPal’s Harper is confident in the brand’s future and says its online services remain “hugely popular.”

He told Marketing Week: “I think there is still consumer concern around contactless and whether they are putting their device in a risky area. 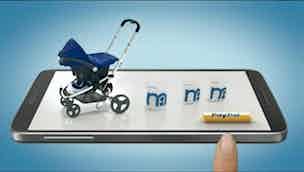 Ebay boss John Donahoe says the decision to split eBay and PayPal into two separate companies will create two businesses with ‘strong, globally recognised’ brands that will be able to more easily adapt to changes in the ecommerce and payment industries. 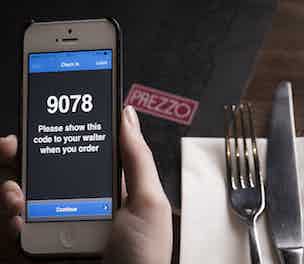 PayPal has expanded the range of payment services it offers users of its app introducing pre-order and pay at table functions that account holders can use in restaurants.