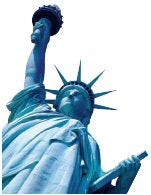 A long-time New York media business journalist turned to me the other day and said: “You know, I’m gonna miss it when Sumner and Rupert are gone. Those guys are crazy.” I know what he meant. It wasn’t that Sumner Redstone, chairman of Viacom and CBS, or Rupert Murdoch, chairman and chief executive of News Corp, are one television station short of a network. It’s that the unpredictable nature of a media mogul’s business decisions always makes great news.

My fellow hack was speaking shortly after a pair of newsworthy nuggets by Redstone in the past month. The first, the firing of movie star Tom Cruise from Paramount Studios, has been well covered and was classic mogul in the very public way Redstone made his move in the Wall Street Journal, catching Hollywood and Cruise’s people completely off-guard.

The second, which has wider media business significance, is the firing of Viacom ceo Tom Freston just days after Freston led celebrations to mark the 25th anniversary of MTV, a network he had nurtured from birth.

Wall Street analysts and journalists believe Redstone was displeased that Freston had moved too slowly in making a big acquisitive move for a Web 2.0 generation site such as Facebook or YouTube, and that this had led to investor indifference. In particular, Redstone was reported to be very unhappy that Freston had missed out on MySpace, on which Murdoch had taken a $580m (£309m) bet that seems to be paying off.

Not only is MySpace now the most visited website in the US with more than 111 million users, it also seems to be on the verge of making some real money from advertising. A recent deal with Google is said to be worth a minimum of $900m (£480m) in revenue over the next three years.

With such fast-growing user numbers at MySpace and other online social networks such as Facebook and LiveJournal, it’s not surprising that marketers and their agencies have been coming round to the idea that they should use these channels more, as I’ve noted before (MW May 25).

One interactive marketing agency describes working with clients in the social networking space as a new kind of community relationship management (CRM). Atlanta-based Nurun/Ant Farm says that while marketers and agencies have been working towards the goal of one-to-one marketing channels, consumers themselves have been setting up peer-to-peer channels to connect with each other.

“Whether they are communities or networking sites, consumers have come together in unprecedented ways based on geography, location, common areas of interest and other factors,” says Michael Koziol, executive vice president, North America. His agency is using this new kind of CRM to navigate sites like MySpace and better understand how the power of communities can benefit clients. “Marketing or building relationships within the communities requires you to be a member of the community, not a marketer to a community, which means that you are measured by the same criteria as any other member.” In other words, marketers have to “dig deep” and share their assets, such as access to celebrities.

However, the US media and marketing industry is approaching this area with caution, as it is worried about protecting its brands and has doubts about companies’ long-term valuations and business models. Last week the influential TV journalist Charlie Rose asked Les Moonves, president and ceo of CBS, the television network which Redstone chairs, for his views on YouTube. Moonves praised it and said he had, of course, looked at it. But when he was asked if he’d buy YouTube – which the press has speculated is worth more than $1bn (£532m) – he said: “No, not at that price.” Days later, at the Royal Television Society in London, he said he’d rather buy the “next YouTube”.

Although it’s extremely popular, with more than 100 million videos viewed every day, there are still doubts in the media industry, particularly on the content owners’ side, about whether YouTube’s business model is viable – or indeed legal. Universal Music Group ceo Doug Morris aired his frustrations with YouTube and MySpace two weeks ago when he publicly accused both of being “copyright infringers” that owe his company and others “tens of millions of dollars”.

Morris and his counterparts at other music and TV companies, together with film studios, are very concerned that YouTube and MySpace are building businesses worth hundreds of millions of dollars on the back of so-called user-generated content that increasingly features copyrighted material such as music videos and short movies. The bottom line is the rights holders have to date not been paid for the use of the content, which is usually posted by the sites’ users.

Industry watchers are divided over whether Morris’s complaints at an investors’ conference heralds a flood of legal action against YouTube and others, or whether it was simply a negotiating tactic, as Universal and other record companies are in ongoing discussions with YouTube and MySpace about how to license music on the sites. Either way, a Los Angeles-based music and technology lawyer I spoke with said that YouTube’s usual defence, that it takes down copyrighted material as soon as it’s been alerted, might not hold up in court.

As the saying goes, it’s déjà vu all over again. In 1999, a nasty legal battle between record companies and the original Napster ended up with the peer-to-peer service being shut down.

Lawyer Christian Castle, who represented Napster in 1999 and has also worked for major record companies, said music labels going through a torrid time with falling record sales are determined to get paid. “Someone spent a lot of money making people famous and that money is drying up.” Indeed.

Morris used part of his speech to remind everyone how the music industry had made a similar mistake before. In 1981 a start-up television network wanted to show music videos back-to-back, hoping viewers would come and hence so would advertisers. Few music executives thought that start-up would have much of an impact so they gave the station their videos for next to nothing. That start-up is now MTV.

YouTube recently said it hopes one day to have nearly every music video ever made available for viewing on its site but analysts believe it will need to have a strong business model – most likely advertising-supported – before it can convince any content owner to partner with it in a major way.

YouTube has so far come up with new brand channels for advertisers, which it launched with Paris Hilton’s new record for Warner Music Group last month, and which was a precursor to its first commercial revenue share deal with the company this week. Industry lawyers like Castle say it will need to do a lot more deals like this, a lot quicker, if it really wants to be the next MTV and not the last Napster.