It could even be accompanied eventually by actual makeovers, with beauticians on board being one of the – as yet unconfirmed – new offerings that the brand hopes will earn it a reputation for customer service. What’s certain, Gonzalez says, is that the new campaign is “a rallying cry” for the business following a lengthy period of uncertainty and wrangling with the UK Government.

‘Arrive Awesome’ is a bold claim about the quality of the Virgin Trains service that the company hopes will win over the travelling public and bring its brand values into line with other Virgin Group businesses. The strapline will form the basis for all Virgin Trains marketing during the next three years, backed by a projected £28m marketing spend over the period.

The seeds of the new campaign were planted in December 2012 – the month that Gonzalez was promoted to the role of head of marketing. Virgin Trains had just won back the west coast mainline franchise following a legal challenge to the Government’s tender process, which had awarded it to rival operator FirstGroup earlier that year.

The ensuing chaos at the Department for Transport (DfT) meant Virgin Trains was handed a temporary contract to continue running the line, a reprieve that has since been extended until at least 2017. According to Gonzalez, the uncertainty forced the company to shelve brand investment plans until clarity was restored.

The DfT’s decision earlier this year to award Virgin Trains its latest contract extension for the London-Manchester-Glasgow route was the green light the company needed. The deal is worth £430m to the Government and will see Virgin Trains make a series of customer service improvements including the introduction of free superfast wi-fi for all customers.

Virgin Trains, which is 51 per cent owned by Virgin Group and 49 per cent by Stagecoach, is also currently bidding for the east coast mainline franchise in competition with FirstGroup and Eurostar, with a decision expected next month. The franchise is currently operated by state-owned East Coast, which not only returned £220m of profit to the taxpayer in the last financial year but is also among the best-rated train companies for customer satisfaction.

Virgin Trains’ new ad campaign, which amounts to an £8m launch spend, features a quirky TV advert in which passengers apparently disembark from a train in slow-motion in a film that was actually shot in real time.

The campaign, developed with agencies Krow, TMW and Profero, is supported by cinema, radio, outdoor and online activations. Ahead of the campaign launch, Marketing Week caught up with Gonzalez to hear more about the new brand positioning.

Danny Gonzalez (DG): The strapline is quite lofty and there were sensitivities about that internally because we’re not trying to say that things are absolutely perfect with our service. The point is that we’re now looking intently at the things we need to improve and setting an ambition as a business about how we want to make customers feel, wherever they go and whenever they travel.

For the first time in a long time this has been a very collaborative effort across lots of different areas of the business to improve both the service and the brand and ensure we’re marketing something that starts to become a reality. ‘Arrive Awesome’ is therefore a rallying cry for the whole company to make sure we are doing the very best for our customers.

MW: How does this approach differ from previous marketing campaigns by the brand?

DG: We understand where we stand in terms of our market share against our main competitor, which is car travel on the key routes to places like Manchester and Liverpool and air travel on the route from London to Glasgow. We continue to encourage a modal shift by showing why more people should travel by train on those routes.

Our change of focus is in the fact that we used to really fixate on the comparison between the train and the car – we would focus on the mechanical aspects of the train and its speed. The new campaign is much more customer-focused and about trying to engage emotionally with customers. The key selling points like the journey time and the price are still there, but the customer is now the hero.

MW: What is the background to this campaign?

DG: Going back to when we thought we’d lost the west coast franchise and then won it back again [in late 2012], we had over 100 initiatives that never came out because we never actually won that bid. When we got the business back on a short-term contract we were playing catch-up and ended up using an old campaign concept.

Around that time the CEO and COO left. The new executive team got together with key stakeholders from across the business and agreed that we needed to lay down a new marker. Last year was almost like a caretaking role to make sure that on the face of it the service was delivering a certain hygiene factor, but behind the scenes we were pressing the reset button on the brand.

MW: What strategic insights did you draw on for the new brand positioning?

DG: We’ve been running an ‘ideal customer experience project’ to understand all the things that need sorting out. That has involved some quite intense analysis and research, such as following people on journeys to gain a real insight into what’s working and what’s not working.

The other aspect is the brand repurposing. We’ve looked at ourselves and said: “We’re a Virgin brand but are we really behaving like a Virgin brand?” We’ve realised that we shouldn’t just compare ourselves to other rail companies – we should benchmark ourselves against the very best customer experience businesses.

MW: How are you planning to improve the customer service?

DG: There are risks with a line like ‘Arrive Awesome’ because in a transport service business there are always things that you can’t control, such as disruption or events that lead to overcrowded trains. This strategy has been developed in conjunction with our frontline staff and they have as much ownership of it as anybody else, so the idea is that even when the service is not great our people will be going the extra mile to actually make a difference for customers.

We’re also expanding standard class capacity, improving the wi-fi and we’ve just launched a loyalty tie-up with Nectar. Over the last few months we’ve been stress-testing all these projects to make sure that they are taking root across the business and to give us the confidence that we can go out with a proposition like ‘Arrive Awesome’ and not look stupid. We’re really striving to bring the ‘Virgin sparkle’ to the experience. 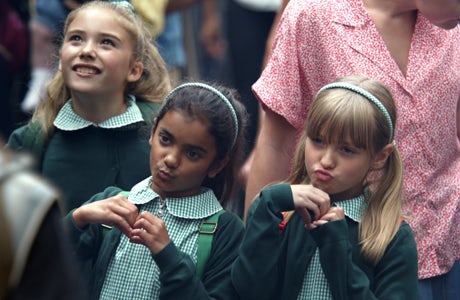 MW: What do you mean by ‘Virgin sparkle’ and how will this work in practice?

DG: We’re currently talking to lots of business partners about how we can help to make ‘Arrive Awesome’ a reality. One idea, for example, is to work with a beauty partner and have specific trains on Friday evenings that always have beauticians on board. So if a group of ladies are travelling from London for a night out in Liverpool, they could book themselves in and get a makeover on the journey up.

That’s not confirmed yet but it’s the sort of thing we’re looking at. Another issue that we discovered from our research was the need to improve both the pre- and post-departure experience. We’re talking to potential partners that could enable customers to download entertainment to their mobile devices before they depart, for example, and partners that could assist with location information and taxi details when they arrive.

MW: One of customers’ biggest concerns is around the cost of rail travel. How is Virgin Trains tackling this issue?

DG: There’s a big perception that rail travel is very expensive and obviously in the press you get the annual fare rise messages. The reality is that there is lots of value to be had in travelling by train, so for us it’s a real education piece.

If people book in advance or if they’re flexible in their travel there are really good deals available and we reinforce that with our marketing comms. It’s also interesting that when you look at our social media pages there will be people saying that it’s too expensive, but also people who intervene and point out that it’s because they’re not buying tickets in the right way. We’ve got a big fanbase and we’re harnessing that to help with the education.