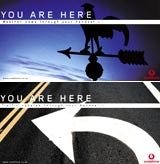 Vodafone is about to start a colossally expensive rebranding campaign. After a string of acquisitions, the UK-based mobile phone company recently ditched its Vodafone Airtouch name in favour of the Vodafone moniker, and is now looking to raise the profile of that brand name on a global scale (MW last week).

Two weeks ago, Ogilvy &amp; Mather (O&M), McCann-Erickson and BMP DDB presented their credentials as European and global networks to a body of Vodafone directors.

Although BMP has been involved in the pitch, the review places Vodafone’s UK agency in a weak position.

The agency has held the business for five years. Many advertising agencies expected the account to be reviewed after Paul Donovan, ex-marketing director at One 2 One, returned from a stint in Australia to become commercial and marketing director of Vodafone last year.

For the sake of political diplomacy, and ironically because of its long, successful relationship with Vodafone, BMP may lose out on any international business. Vodafone is hoping to be seen as acting “sensitively” towards the companies it has acquired, and not pressing its existing ad agency onto these markets. This leaves the two “neutral” agencies, O&M and McCann, with an advantage.

Vodafone claims the review does not affect its relationship with BMP in the local UK market. Vodafone global director of communications Terry Barwick says: “Because of the nature of our business, and because we have competitors to whom we must react, we can’t do without a local agency.”

The new account in media spend terms, is substantial. The business will eventually be global and will be worth more than £100m in media billings. In the UK, where Vodafone has the largest market share and 10 million customers, the company already spends £41m advertising its brand. The media buying business will also be up for grabs once the creative work has been decided.

The review is being headed by Thomas Geitner, who formerly led OTelO, before it was sold (along with its parent company Mannesmann) to Vodafone earlier this year.

Geitner has done well out of the acquisition – he has been moved to head European product development and services; he was also awarded a place on the Vodafone Group board.

Geitner’s appointment to the board was not well received by Vodafone shareholders, because of the unusual five-year length of his contract. However, he is regarded as a wunderkind by Vodafone management and has been charged with finding cost efficiencies across the new group. Advertising is one of the first areas he has turned his attention to.

Geitner attended the agency presentations and, according to insiders, asked a lot of “difficult” and “pertinent” questions. Insiders say he has been acting on information obtained by using the services of one, unnamed external consultant.

Whatever the decision, BMP will be put out of its misery shortly. A result is expected by the end of this month, after Geitner has made a full report to the other members of the Vodafone board.

The intention to appoint a global network agency should have come as no surprise to BMP. Vodafone’s advertising is handled by an assortment of agencies around the world, and its advertising has no consistency.

Over the past 18 months, the UK-based company has shelled-out more than £107bn buying Airtouch in the US and Germany-based Mannesmann.

Now its acquisition of Mannesmann has gone through, the company has networks dotted all over Europe. It has stakes in networks in 25 European countries and has a © controlling stake in 13 of them.

It is these 13 networks that are to be rebranded as Vodafone over the coming month, because the Vodafone brand means little to consumers in each of these markets.

“We have no consistent branding and we need to change that,” says Barwick. “Although we have to respect the brands in each country – after all, we bought them because of their strong brands – we will introduce the Vodafone brand.”

Barwick says the company will be going through a phase of “joint-branding”, where the Vodafone name will be tagged on to the existing network name. For example, Omnitel in Italy will become Vodafone-Omnitel.

At the end of the process, Vodafone will ditch the Omnitel brand. Barwick says he does not know how long this phase will take, but believes Vodafone may do something along the lines of HSBC’s rebranding of Midland Bank. HSBC bought Midland Bank in 1992. But the bank only started the rebranding process four years ago, as a result of the Chinese takeover of Hong Kong.

Vodafone will need to make more haste than HSBC. Its competitor Deutsche Telecom acquired the One 2 One brand a year ago, and although substantially smaller than Vodafone, the company intends to use the brand to create a pan-European, and then globally listed mobile communications brand.

One UK telecommunications analyst says: “If Vodafone goes full steam ahead and renames its acquired networks, consumer confusion may ensue. It certainly can’t change the companies’ names overnight – particularly in Germany where there is resentment over the takeover [of Mannesmann].

“But the Vodafone brand is definitely the most credible and if it is to succeed in global domination, renaming is essential,” he adds.

Barwick says the company would also like to rebrand its American mobile network Verizan as Vodafone. But at present this is not possible, because it does not own a controlling share, only 50 per cent.

Vodafone is unlikely to be content to rebrand what it has, and will be making moves to buy up more companies and stakes in companies.

Analysts believe the future for Vodafone lies not in its alliances, but in mergers and acquisitions which it can rebrand as Vodafone. The company still has considerable expansion momentum, so whichever agency is awarded the business should be in no doubt that it has won in the Vodafone account the plum of the year.