It’s safe to say that gift vouchers do not have a sexy image. They are often associated with presents from unimaginative relatives. Yet in these straitened times, many companies are turning to gift vouchers to reward staff where once a pay rise would have been the present of choice.Can a money-off voucher really be a substitute for a juicy boost to the pay packet?

“When you’re rewarding staff, cash isn’t actually as effective as an incentive,” says Martin Cooper, sales and marketing manager of employee voucher scheme, Love2Reward. “Any cash bonus just gets sucked into the family pot and used for bills. You can’t really point to any part of your slightly inflated pay cheque and say ‘I got this much for being really good at my job’.”

These days, however, a little extra money to cushion the blow of the monthly bills is not to be sniffed at. Most employees would surely welcome a little help with making ends meet. Cooper admits/ “There is the argument that some would prefer to use their rewards to pay off bills. In fact, if you asked most people whether they would prefer cash or a voucher, all of them probably would say cash.

“But the amounts that you are talking about and the reasons why you’re giving the benefit in the first place mean that it’s not an effective use of your investment as an employer.”

Kevin Harrington, director of Sodexo Pass, agrees: “When you give gift vouchers, you know that your staff and clients treat them like a gift rather than cash or a bonus, which just gets swallowed up in the weekly expenses.”

Stuart Evans, general manager of global loyalty marketing company ICLP, believes that the economic climate has caused a shift in the perception of the value of vouchers, which has sparked their current popularity. “In the UK three or four years ago, people didn’t like using vouchers. They worried that it made them look tight. Now, ‘mean’ is the new ostentation.”

Research from behaviour research agency, Shoppercentric, seems to support this. Forty-seven per cent of people canvassed say they use vouchers and coupons. Of these, more than half (53%) say they use vouchers from store loyalty cards, which is an increase of 58% on 2008. Just over a third (35%) use on-pack vouchers, up 61% on last year. The biggest change, however, is the number using vouchers downloaded from the internet, up 78% on 2008, with 38% of the sample saying they use these.

Brands hoping to tap into this trend can make sure they are getting the best out of their voucher scheme by first defining the purpose the benefit will serve and then working out which voucher-based scheme best fits their strategy. Gift vouchers are far from the one-size fits all solution they might be perceived to be.

When considering the benefits of gift vouchers, it appears that using them as employee benefits can largely serve two purposes. A voucher can be used to motivate and provide a one-off gift in acknowledgement of a job well done. Or it can make up part of an overall benefits package, accessible by all employees at all times as part of the general human resources strategy of the company.

While the former is usually a straight transaction between the voucher company and the employer, with vouchers redeemable against anything from a bottle of wine to a Caribbean holiday, the latter is driven by employee demand and requires an element of salary sacrifice. These types of initiatives are commonly termed “voluntary benefit schemes”.

“The voluntary benefits business is robust in terms of new sign-ups,” claims George Farrow, service delivery director of employee benefits agency, Asperity. “If you can’t offer a pay rise, using voucher schemes gives employees the ability to save £500 to £1,500 a year by picking up discounts from retailers they would commonly use.”

Farrow points out that if you assume the top end of the discounts scale, then based on the country’s current average salary of £25,000, the savings to an employee could be the equivalent of a 2.5% annual pay rise, tax free.

However, while there are big gains to be made by people utilising benefit schemes across a year, initial savings can be small. Are employees really excited by the prospect of a 5% discount here and there? Is 50p off a Marks &amp; Spencer £10 meal deal really as exciting as a few hundred pounds in a one-off raise?

While there might be conceivable consumer benefits in using vouchers to keep costs down over all, it is vital that the schemes also work for companies’ retail partners. With margins already squeezed and so many retailers struggling for profits, employee voucher schemes need to make sure any initiatives appeal to them too.

She says: “If we look at the bigger picture, of the total UK population in employment [74% of working-age people], a significant percentage of the companies they work for have benefits schemes and we are on a lot of them. We offer something over and above any high street discount.”

Despite the combined discounts, companies still make money with these schemes. “With a gift card at HMV, for example, there is a typical overspend of about 14%, so there’s profit there immediately,” claims ICLP’s Evans. He also points out that the view of vouchers as not-quite-money also means that consumers aren’t as careful with them as they could be, stating that around 10% of all gift cards and vouchers are lost or broken.

The growth in the past few years of credit card-like vouchers instead of paper versions has been welcomed both by redeeming brands and those offering the scheme. For the former – as with HMV – they can encourage profitable overspend; for the latter, they offer security.
Yvonne West, manager of Sainsbury’s gift cards, explains: “Employers can be reassured that gift cards will arrive safely and won’t be activated until they are in the hands of the recipient. They can also be reloaded with money remotely by the employer which makes them ideal for long-term incentive schemes.”

New technologies are having a greater impact than ever on voucher schemes, with the growth in internet shopping meaning that schemes have to adapt to suit the way that people now like to spend.

“Just as businesses have changed their operations through the use of technology, individuals have changed their shopping habits. The increase in online shopping is clear evidence of one such cultural shift,” claims Katie Ivie, head of human resources operations for Adecco.
“Printed vouchers are suitable for certain occasions, but online versions can be a great alternative, allowing employees to use their rewards at their own convenience. Choosing the appropriate voucher option depends on individual preferences as well as what exactly the reward is for,” she adds.

Sodexo’s Harrington summarises: “By investing just 3% of their overall salary bill, employers will see a better return on their investment in terms of staff performance than by giving pay rises and bonuses – a key fact that could make all the difference in such unstable economic times.”

Electrical retailer Comet is hoping to spearhead innovation in the voucher world by working with scheme administrator Asperity and technology firm Eagle Eye to transfer employee vouchers on to mobile phones, allowing greater immediacy and security.

Companies can sign up to offer their employees a range of discounts on Comet products through their voluntary benefit schemes. Subscribers make a request via their internet portal to have a voucher code sent to their mobile phone, which duly arrives a couple of hours later. This code is then read out to the sales assistant or inputted into the PIN keypad and the discount noted.

As with most other vouchers, the employee doesn’t need to spend the full value of their discount. If this is the case, the balance is given a new code and stored for them to spend on something else at a later time.

In terms of security, the code can be forwarded from phone to phone; however, it can only be used once. This means that it cannot be added to online voucher code sites that collect information on current retailer discounts and be abused by attempted redemptions from more than one person.

Jane Shepard, marketing and new revenues manager at Comet Business Services believes this faster delivery method is beneficial/ “The idea came about through the floods of 2008. We had the electrical replacement card which allowed people making insurance claims to buy new equipment on their insurance.

“However, we realised we could make the claims process more immediate than this. The loss adjuster could be processing the claim on site and, using a mobile phone, the code could be with the claimant in a couple of hours, allowing them to replace essential items in less than 24 hours from the start of their claim.”

The Comet mobile voucher code scheme launches this month and has been a year in the planning. George Farrow, service delivery director of Asperity, explains how this innovation could alter the whole benefits market: “It is a step along the road to immediacy. The current benefits structure does mean that the customer’s shopping habits do need to involve a certain amount of forward planning.”

When asked how long it will be before we are all using our mobile phones to access and use vouchers at the point of purchase, Farrow explains that it took Sainsbury’s three or four years to be joined by others in its loyalty card/voucher programme. But he points out that, inevitably: “Once one retailer breaks rank – they’ll all follow.” 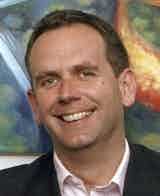 The article “It’s a coupon revolution” (Marketing- week.co.uk, 8 September) raised some interesting views on the future of online vouchers in maintaining consumer trust and providing a good return on investment for brands investing in these types of marketing activities. 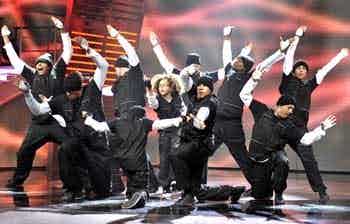 Product placement is set to be allowed on UK television for the first time in a move designed to boost falling advertising revenues at commercial broadcasters.