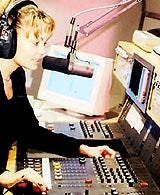 Once upon a time – in another century – sponsorship was one of the great taboos of broadcasting. Long after TV advertising had become part of the nation’s creative culture, no “word from our sponsor” could be uttered on British airwaves.

Those days are long gone. Sponsors’ names now ring out from almost every channel and station, with very little sign that listeners and viewers are bothered by the constant commercial references. Despite this, those involved in the sponsorship business – clients, agencies and sales teams – remain frustrated by the large number of restrictions which are still placed on them.

Last week the Independent Television Commission announced proposals to relax its sponsorship rules. In a consultation document, it recommended lifting the ban on visual representations of products and removing restrictions on straplines.

What few people seem to have noticed is that the Radio Authority has got there first, with its own consultation document – published on the Internet.

It too plans to relax many of the restrictions on sponsorship, in return for a tightening of the rules on commercial claims. And in one respect the authority wants to go a great deal further than the ITC, by lifting one of the last remaining sponsorship taboos – the use of programme presenters to endorse or recommend a product or service.

Not many years ago, the Radio Authority fined a station £3,000 for breaking this rule. Now, under a new chairman and board, it sees such “presenter involvement” as quite acceptable, provided it is scripted and cleared in advance and the listener is left in no doubt that the item is sponsored.

“Transparency is the key” says Janet Lee, the authority’s deputy director of programming and advertising. “Listeners must be able to recognise sponsored programming unmistakably – and provided they can, we believe that many of the old restrictions are no longer needed.”

Many scripts that in the past have been turned down will now be accepted, if – at the end of the consultation – the authority goes ahead with its plans.

“Provided we protect the things which are worth protecting – such as accuracy, taste and decency and the clearance of commercial and comparative claims – we think we can let stations and sponsors be more creative,” says Lee.

A series of scripts and tapes recently presented to the authority’s members shows just how liberal the new rules would be.

Longer straplines would be allowed, with extended sales messages, including phone numbers. In future a weather sponsor could say “Anglian Windows Weather – giving you the full picture, with conservatories half price during March” or “Call the Anglian Windows information line on 01628 44 55 66”. The quid pro quo would be that any claim must be cleared in advance, either by the station or the Radio Advertising Clearance Centre.

The authority would also like to sanction this script: “At Valentino’s this Friday night, it’s time to get down, down, down with me Jim Davis, at another fantastic V99 event! Party till the wee small hours with games and giveaways all night. Including the chance to win great Walker’s snacks free for a year….”

This mixes advertising for Valentino’s and Walker’s with programming, and is currently banned. But according to Lee, “the role and involvement of all participants, including the presenter, is obvious to the listener, so this would be allowed under the new rules, provided the advertising messages remain the same as scripted.”

Perhaps the most controversial proposal is one for the Dreamcast games console, which has the presenter saying: “The guys at Dreamcast have actually given me a console to try out and I have to tell you I hardly got any sleep last night I was up playing it so long. It’s extremely addictive, once you start it’s difficult to stop – you’ve just got to get to the next level. The interesting thing is you can go online via your TV and phone and play the game against other people. The graphics are excellent and I think this will be the big one this Christmas…..”

Now this is the equivalent of the magazine advertorial, and in my view poses problems. In a magazine, it would probably carry the words “advertiser’s promotion” and even then it would not be clear whether the editor really believed the words about the product, or the magazine was doing it simply for the money.

In the case of radio, are we meant to believe the presenter is genuinely endorsing the product, or merely saying it because he’s being paid? Does it matter? Perhaps more crucially – in the absence of the words “advertiser’s promotion” – is the listener even clear that the station has been paid by the sponsor to endorse its product?

According to Janet Lee, the crucial issue is that the audience must know it’s an advertisement. “The script makes clear that Dreamcast has supplied the console” she says, but when I suggest to her it doesn’t make it clear Dreamcast also paid the station to get the presenter to read the sponsor’s script endorsing the product, she concedes it might not have been clear enough.

Am I alone in believing this may be taking the concept of “regulation lite” a little far? Either way, the Radio Authority wants to hear from you. Its consultation closes on May 31.