If a Cannes award is the best measure of an agency’s creative prowess, then success next year is the only option open to WPP.

As journalists well know, the most interesting nuggets of information are often to be found at the bottom of a press release. And WPP Group’s latest fact-packed compendium – out last week and trumpeting its financial performance over the six months to 30 June – did not disappoint this rule of thumb.

For, nestling in the penultimate paragraph after all the arcane references to enhanced earnings before interest, taxes, depreciation and amortization, revenue by service sector, improved operating margins and predictions of a LuVVy-shaped global economic recovery, was a curious allusion to the need for more competitive differentiation in mature markets and WPP’s prowess in winning some awards at the Cannes International Advertising Festival this year. Not, you will note, the sort of metric normally of interest to a City audience.

So why was it there? WPP is one of the most remarkable business phenomena of our time. From being a “maker of pots and pans” (as its founder and chief executive Sir Martin Sorrell likes to put it), it has in 24 years become the world’s largest marketing services group. WPP makes more sales, employs more people and boasts a bigger market capitalisation than any of its rivals, principally Omnicom, Publicis Groupe and IPG.

One thing eluding it, however, is creative recognition. And that hurts. Clients may well take comfort in you being the biggest, having the sharpest media buying skills and the appropriate geographical distribution, but they also want to know you are the best. That is to say, you have the best brands, fielding the best creative solutions.

Rightly or wrongly – and despite ownership of such illustrious names as JWT, Ogilvy, Y&R and Wunderman – that is not the universal perception of WPP’s creative place in the world. Martin, they say, has Asia (meaning he’s more strategically savvy than anyone else), but John Wren, president and chief executive of Omnicom, has the brands, primarily BBDO, DDB and TBWA. Like any cliché, it harbours a grain of truth.

Creativity, of course, is in the eye of the beholder. It is not an objective that is easily measured, unlike earnings per share or profit. The nearest proxy to a metric are creative awards, of which there are a chaotic global plethora – from Clios to Effies, Eurobests to Epicas, Loeries to D&ADs, Creative Circles to BTAAs, Golden Drums to the Midsummer Awards.

Without doubt, these lucrative cottage industries serve a role in the creative community. Win a gong, get a promotion, pay rise or both and move to a new and bette ragency. It’s less clear how they resonate with the client. Many must be baffled by their sheer profusion and the hierarchy of their authority. Others consider them to be symptomatic of the most despicable agency narcissism, totally divorced from any bottom-line significance

Without doubt, these lucrative cottage industries serve a role in the creative community. Win a gong, get a promotion, pay rise or both and move to a new and better agency. It’s less clear how they resonate with the client. Many must be baffled by their sheer profusion and the hierarchy of their authority. Others consider them to be symptomatic of the most despicable agency narcissism, totally divorced from any bottom-line significance. However, the one awards scheme any marketing director of stature, anywhere in the world, will indisputably acknowledge is Cannes.

That’s certainly the belief of John O’Keeffe, worldwide creative director at WPP. O’Keeffe was a spectacular catch, lured just over two years ago from arch-rival BBH (nearly half-owned by Publicis) where he had enjoyed an exceptional eight-year reign as executive creative director, to sprinkle elusive creative glamour on WPP’s workmanlike reputation.

Was he mad to take the bait? Many at the time thought he was engaged in mission impossible. The role was not a new one and, based on the performance of predecessors Neil French and Robyn Putter, looked a bit of a career cul-de-sac. It has no executive authority and relies on its incumbent to wheedle, charm and cajole resentful executive creative directors across the world into fulfilling Sorrell’s dream.

Nor was O’Keeffe’s first year crowned with self-evident success. Cannes 2009 confirmed the humiliating creative rut into which WPP had dug itself. Omnicom was the winner by a country mile, leaving WPP to contest second place with Publicis, a network group half its size.

But O’Keeffe had a simple but ruthless plan, which this year bore fruit. Forget Publicis, gun for Omnicom. Forget spending up to $30m on entering every award in the vague hope things would come up trumps, concentrate on Cannes instead and get the trade press to talk you up as agency of the year. Forget the thicket of creative department politics, and get WPP’s network chief executives to do the cheerleading at the annual strategy conference.

Cannes 2010 produced a very different set of results. True, Omnicom remained the leader, but only by a very small margin, with 1452 points versus WPP’s 1314, leaving Publicis hobbling along in third place with 879. Put another way, two years ago WPP trailed Omnicom by 57% in the Cannes points count; it is now just 5.7% behind.

Mind you, that is not quite the same as winning. Cannes 2011 will be the critical event for WPP, creatively speaking. Triumph will force a public rethink on WPP’s creative reputation. Coming second again simply won’t do. Of one thing we can be sure: John Wren and his creative lieutenants at Omnicom will be doing everything in their power to prove O’Keeffe’s 2010 statue haul was just a freak result. 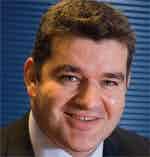 Find out which jobs are the hardest to fill. 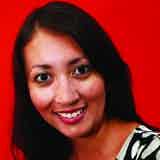 Financial services marketers should take note of a survey that says consumers want easy to use websites and personal recommendations. I had a brainwave after reading my colleague Michael Barnett’s feature this week on what communications channels influence consumers most when it comes to choosing between financial services brands. There were two statistics quoted in […] 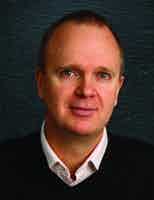 Richard Lees, chairman of dbg, argues that the Wiki Leaks scandal in the US highlights the importance of data security