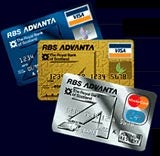 This will be RBS’s first advertising campaign for the card and will focus on brand building.

The bank is considering TV, poster, print and radio ads for the card, which was launched as a low-interest brand in 1996. There are 1.3 million RBS Advanta customers in the UK. Insiders claim the bank is planning a media spend of between £5m and £10m on the campaign.

The work will not include advertising for the mainstream RBS-branded card, which is handled by Faulds Advertising. Neither will it affect Lowe Live’s work on the £10m direct marketing account for the RBS Advanta card, which the agency won from Tequila in April this year (MW April 5).

RBS announced in early October that it was in talks with agencies about creating a campaign for the card (MW October 11). It shortlisted St Luke’s, Clemmow Hornby Inge, Partners BDDH and W&K at the end of October.

Lowe Lintas was approached, but it already holds the HSBC account. M&C Saatchi, the incumbent for RBS-owned NatWest, was not approached about the business.

Last month, Lowe Live launched a direct response TV campaign for the RBS Advanta card on terrestrial television and across the BSkyB network. The campaign emphasises the card’s low interest rate of 1.9 per cent on balance transfers.