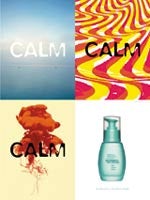 Revlon has awarded Wieden &amp; Kennedy its Ultima II brand of cosmetics, following a competitive pitch. This is the first time that the premium cosmetics range will be advertised in the UK since its launch in the Sixties.

Although the UK advertising budget has not been revealed, the brand is backed by a $3m (£2m) media budget in the US. The Ultima II range includes Pucker &amp; Pout Flowing Lipstick and Glowtion Skin Brightening make-up.

The Ultima II brand will be the third win for the agency from the Revlon portfolio. Last year, Wieden &amp; Kennedy won the advertising accounts for Revlon’s Charlie fragrance brand and the Mitchum anti-perspirant range (MW October 11).

The agency was appointed to revive Charlie, the iconic Seventies brand and to plan advertising for Mitchum for the first time since its launch in the Seventies. Wieden &amp; Kennedy was awarded the Charlie account without a pitch, ending the brand’s relationship with Rainey Kelly Campbell Roalfe/Y&R.

The agency appointment follows the recent departure of Revlon’s UK managing director, Kerry McCarter, who left the company without a job to go to (MW last week).

McCarter’s resignation followed the exodus of the top management at the company’s New York headquarters earlier this year, including its chief executive Jeffrey Nugent and global marketing chief Cheryl Vitali.