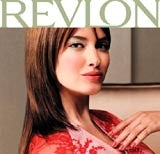 Be unforgettable – the new strapline being used by cosmetics company Revlon could not have come at a better time; the company is heavily in debt and is frustrated at the slow uptake of its beauty products.

In February, its chief financial officer, Douglas H Greeff, announced the company’s “disappointment” with consumption of its products. Revlon – which according to an analyst has been in the red for the past three years – posted a loss of $28.3m (&£19.3m) for the fourth quarter of 2001, compared with a $51.3m (&£35m) loss in the same period the year before. Although the loss decreased for the quarter, Revlon still failed to meet analysts’ expectations.

Publication of the results followed the sudden departure in February of the company’s chief executive, Jeffrey Nugent, who was replaced by former Coca-Cola president Jack Stahl, and the resignation of global marketing chief Cheryl Vitali. Former Clairol executive Debra Leipman-Yale has since replaced Vitali. UK managing director Kerry McCarter joined the exodus in April leaving Revlon without a job to go to (MW, last week).

Analysts and industry experts believe the shock departures signal serious trouble at Revlon and are a clear sign that the company needs a quick turn-around in fortunes.

One City analyst says the company needs a new voice at a time when rivals such as L’Oréal and Procter &amp; Gamble (P&G) have a strong brand position. “Revlon has been bruised at many levels. The company is deep in debt and its brands are losing market share to rival brands such as L’Oréal’s Maybelline and P&G-owned Cover Girl and Max Factor. The new management team will need an awful lot of time to reverse its market share losses,” the analyst concludes. Revlon has long-term debts of $1.6bn (&£1.1bn). For 2001, net sales were $1.3bn (&£902m) compared with $1.4bn (&£989m) in 2000.

In 1999, the For Sale sign loomed large over Revlon’s headquarters in New York. Unilever and P&G were identified in press reports as predators likely to snap up the company, but the acquisition talks never materialised. The company is still owned by US billionaire Ron Perelman, who has an 83 per cent stake, although industry experts say the City wouldn’t be surprised if the company was put up for sale again.

Another City analyst adds: “Every company has a price and becoming part of a larger company might eventually benefit Revlon. But it will need some turning around before putting itself up for sale to attract buyers.” Revlon UK denies that the cosmetics company is up for sale.

But the company has its work cut out as the Revlon brand does not feature among the top five brands in the cosmetics categories of face, lips and eyes, according to Taylor Nelson Sofres’ (TNS) latest report on colour cosmetics (52 weeks ending January 13). Revlon comes fourth in the nails category in terms of market share by value, based on consumer spending – trailing behind Avon, Boots and Coty’s Rimmel. Overall, Boots and Avon are the top two brands.

Avon vice-president of UK marketing Andrea Slater credits the steady launch of products for its success. “The bulk of our marketing spend goes on our brochures, which are seen by 5 million women every three weeks. Also a continual launch and relaunch of products has helped us successfully build our business,” she says. The direct selling company recently teamed up with girl band Atomic Kitten, in a &£125,000 deal, as part of a &£1m youth-oriented revamp of its ColorTrend range (MW January 31).

Despite the relaunch, the Charlie brand trails way behind Avon’s Total and L’Oréal’s Anais Anais fragrances, the number one and two brands in the fragrance market respectively. Charlie ranks eighth (TNS data). Revlon’s Flex haircare brand seems to be another peripheral brand and does not feature anywhere in the top ten haircare brands. P&G’s Head &amp; Shoulders and Pantene brands take the number one and two slots respectively in this sector.

An analyst says it makes sense to invest additional money in a brand only when there is something interesting to talk about. He says: “The reason why L’Oréal and Unilever are performing so well is because of their strategy of putting money behind their strong brands and also the launch of products – Dove’s move into haircare, for instance. It is a wasted opportunity to just sit and rely on existing products alone and try to reposition them after every couple of years.”

One agency source rubbishes the strategy to revitalise Seventies brand Charlie. She says: “Far from keeping up with the times, Revlon seems to have lost all direction. Its communication strategy is all misplaced. What is the identity of the brands or what do the brands actually stand for? Nobody knows. At a time when every cosmetic brand was appointing celebrities to represent their brands, Revlon parted company with Cindy Crawford saying that celebrities could no longer sell cosmetics.”

In 2000, Revlon announced it was slashing its advertising to cut costs. It has since done a U-turn. Last November, it hired actress Julianne Moore as a Revlon spokeswoman, followed by model James King and Oscar-winner Halle Berry early this year.

An industry insider says this indicates a “ridiculous melange” of marketing strategies. In another marketing departure, Revlon fired its agency Kirshenbaum Bond &amp; Partners in January. The agency, appointed by Revlon’s former global marketing chief, Vitali, was then replaced by Interpublic’s Deutsch.

There are signs that Revlon is trying to refresh its image. It has signed a &£5m deal with a soap opera on the ABC network in the US, called All My Children, for the Revlon brand to become part of the storyline.

The cosmetics industry is waiting to see whether these latest episodes in Revlon’s own corporate drama will halt its falling profits and dwindling market share.

Healthcare and chemicals group Bayer has come under fire for the second time in two weeks about an ad campaign for its Alka XS Go pain relief tablets. The Abbott Mead Vickers.BBDO campaign has been attacked by The World Hindu Association for ridiculing the Hindu faith. The Advertising Standards Authority (ASA) upheld the complaint this […]

Football fever should have well and truly kicked in around the marketing industry by now. David Beckham’s even appearing on the cover of Marie Claire this month, so you know things are hotting up. And by now all you media types should be gagging for a slice of the action yourself. But if you can’t […]

The imminent ban on cigarette advertising is welcomed by many and championed by government, but it’s illogical, unfounded and an erosion of liberty, says Iain Murray