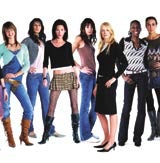 Yet Five still has work to do in order to change viewer perceptions of the channel and to mould its profile to one that is more youthful and upmarket.

That will be the task facing Jane Scott, the BBC’s controller of television marketing, strategy and channel management, when she joins Five in June as marketing director (MW last week).

Andrew McGuinness, chief executive of Five’s advertising agency TBWA/London, says: “Five is beginning to shed its cheap and tacky image and gain a slightly more upmarket profile. But the battle is to make it younger.”

The push is ongoing and Five is no doubt hoping that its acquisition of Friends spin-off Joey, at an estimated cost of £500,000 an episode, will help. But having got off to a positive start, with an audience of more than 4 million and a share of viewing of about 17 per cent for the launch-night double bill on February 13, Joey has slumped in popularity. On Comic Relief weekend, when it was up against the BBC’s Casualty, Joey pulled in just 1.6 million viewers and a six per cent share. On the positive side, it has averaged 28 per cent of viewers aged between 16 and 34 years old.

Five’s Make Me a Supermodel, presented by Rachel Hunter, was introduced to the schedule last week, again to pull in younger viewers. And although a date has yet to be set for the second series of The Farm, Five will also be hoping that the reality show, which hit the headlines last year, will drag in a younger audience.

Compared to what she is used to at the BBC, Scott will be working with limited resources at Five, including a £5.8m advertising budget. Five has had to make the most of PR opportunities, grabbing free coverage where it can and using roadshows to promote its children’s programming. Although the channel no longer has a permanent poster holding, it still uses outdoor heavily in London – in part to capture the attention of young, difficult-to-reach urbanites, but also to make sure its profile is high among media buyers. Furthermore, Scott will not have a portfolio of other TV channels and radio stations to cross-promote shows.

This lack of a multi-channel portfolio is an issue that is also troubling media buyers and analysts. In theory, terrestrial TV channels are set to lose viewers as more homes convert to multi-channel TV. Both Channel 4, with E4 and the soon-to-launch More4, and ITV, with ITV News and ITV2, ITV3 and the anticipated men’s channel ITV4, have adopted a multi-channel strategy to help preserve their share of audience and revenue. But despite the fact that it has some extra spectrum on Freeview, Five instead decided to lease it to Top-Up TV on the basis that the extra revenue this would generate would outweigh what a new channel would bring in. The cost of launching a new channel would also have to be backed by Five’s owners, RTL – with a 65 per cent stake – and United Business Media (UBM), which owns the rest.

Five has shown healthy growth since its launch eight years ago, taking a 6.7 per cent share of total audience in 2004, up from 6.6 per cent the previous year, according to UBM. Revenue was up 11.1 per cent to £288.8m and operating profit rose from £8.5m to £19.5m. Five’s share of advertising revenue also increased from 8.1 per cent to 8.3 per cent. For some time, the channel has also been trying to improve its audience profile with a change in direction in programming and a brand overhaul and name change introduced by former director of strategy and marketing David Pullan.

Five executive director of sales Mark White says targets have been set to build up the ABC1 and 16- to 34-year-old audiences at a faster rate than the total audience because of the premium value attached to these groups by advertisers. But buyers now claim that Five’s advance is showing signs of slowing.

Commercial impacts for all adults in January and February were flat compared to the same period the previous year, according to BARB (against a background of overall broadcast impact shrinkage of one per cent) although the key 16- to 34-year-old and ABC1 audiences grew by four per cent year on year, again outperforming the market.

Mediaedge:CIA broadcast director Ian Anders says: “What it has to do is continue to try to improve its profile.”

Starcom managing partner Andy Roberts says: “Five is in an interesting position. It is doing quite well from a revenue point of view, but growth seems to have stalled. On its own as a terrestrial, the future doesn’t look quite so simple. That’s why it is exploring alliances.”

These talks have been complicated by the fact that Five’s ownership is split. Former UBM executive Charles Constable has joined Five from the BBC where he was acting controller of distribution to help the channel determine its future strategy.

Talks with Channel 4, triggered by the merger of Carlton and Granada and their advertising sales operations, were abandoned late last year when the latter’s chief executive Andy Duncan made it clear that his channel’s future lay in being a public broadcaster. There is also speculation about an alliance with Telewest’s Flextech, no doubt fuelled by the fact that Five chief executive Jane Lighting was previously its boss.

It is thought that these discussions are no longer active, however. And there has always been talk about BSkyB making a swoop for the terrestrial channel, again fuelled by the moves of Five’s former chief executive Dawn Airey and director of sales Nick Milligan to the satellite broadcaster. Many believe that this would be the best fit, giving both broadcasters valuable cross-promotional support and increased advertising sales power.

MindShare broadcast director Andy Zonfrillo says: “On the sales front, we will see more consolidation at some point. I think Five needs to be a part of that.”

When UBM unveiled its annual results at the end of last month, outgoing chief executive Lord Hollick said his company could fold its stake into a strategic alliance or dispose of it outright.

Theresa Wise, an analyst with Accenture, says: “UBM is not even in the business of TV. Five is a financial investment and it will want to sell it at the right time.”

She believes RTL, which has first refusal, could take UBM’s stake – its owner Bertelsmann, has a war chest set aside for acquisitions. For Five, that would make life much easier – one parent would mean a more focused strategy and a single source of investment for programming and the launch or acquisition of new channels.

In the past, relations have been strained, as Five has had to persuade both UBM and RTL to agree investment levels at the same time. But last year it managed to secure an extra £20m, increasing its programming budget to £190m. RTL group chief executive Gerhard Zeiler has said its stake in Five is not for sale and that the channel has three options for growth – to merge with a new partner, buy assets or launch channels of its own.

The industry will be watching to find out which, if any, of these happens.