Avis is no longer declaring “We Try Harder”. One of advertising’s most famous and enduring straplines – which encapsulated the spirit of being a challenger brand – has finally been dropped after 50 years. The global car hire business is now declaring “It’s Your Space”.
“We Try Harder” was born in 1962 when Avis’ ad agency DDB were quizzing Avis management on why people rented cars from the company. The response was that as second in its market, following the leader Hertz, Avis would always try harder as the challenger to make the customer happy.

The slogan was a great example of making a marketing virtue out of a truism. The marketing reflected the whole ethos of the business. The new strapline boosted Avis instantly, helping take it from a loss to a profit for the first time in 13 years. But now after 50 years using one positioning, new chief marketing officer Jeannine Haas is clearly keen to shake things up.

Ditching a globally famous, long time slogan is surely never a decision taken lightly. You risk giving up valuable brand equity, recognition and personality in favour of the great unknown. But you do potentially gain a fresher image, new direction and more creative options than previously.

Haas is clearly aiming for something that reflects the Avis of today. Because it seems that Avis is no longer number two in its market; new major players such as Enterprise Holdings have slipped into the top three, so Avis appears to be resting in third place. Not that this entirely negates “We Try Harder” as a philosophy, but it does suggest that trying harder hasn’t exactly paid off in terms of market share for the business.

So is it a good move? I don’t think “It’s Your Space” will be around for 50 years. Yes, it’s vague enough to be used in lots of different creative executions. But what does it say about the business? Nothing to my mind. Haas claims that the try-harder ethos is already cemented into the company philosophy, so it can use new marketing without entirely losing that concept. I’m less convinced.

Saying something profound about what sets Avis as a brand apart from all its competitors is fundamental. Car hire has become even more commoditised than it was 50 years ago. With so many budget options and online aggregators, the last time I booked a car, I wasn’t aware who was providing it until I picked up the keys. In an environment where many people think all car hire firms are the same, personality is vital.

This situation reminds me a little of Coca-Cola, when it chose to move away from its most iconic strapline “The Real Thing”. It now uses “Open Happiness”, a quite vague concept about being happy when you drink cola (or at least I think that’s the message). To me, that took the truism about the brand – it’s the original, authentic and the first brand to come to anyone’s mind – and swapped it for something that might be true of any brand.

I don’t think Avis will miss “We Try Harder” because I have a sense of nostalgia for a great advertising line. I think Avis risks missing it because it stuck for 50 years because it was about more than the advertising – it was about the business and how it operated. I would be very happily proved wrong if ‘It’s Your Space” ends up being more robust than it seems. 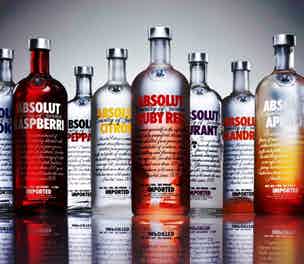 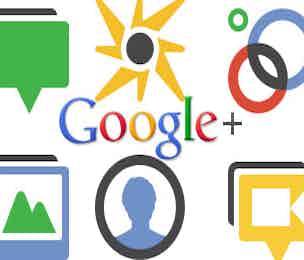 Google+ is testing new features that could see it extending into a social network for workplaces, to put it head to head against services such as Microsoft’s Yammer and Salesforce’s Chatter.