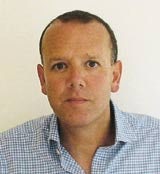 When Ben Langdon was parachuted in to run the newly merged Euro RSCG last year, he had everything to prove. Appointed UK chairman of Euro RSCG Worldwide, ten weeks after walking out of the start-up he founded with Mark Wnek and a year after quitting McCann Erickson, Langdon was brought in to turn around the Havas-owned agency that was known neither for its creative credentials nor for getting on major pitch-lists.

His arrival was greeted by the loss of high-profile clients including Christian Aid, Clerical Medical and Intel. But the UK agency has since managed to win the much coveted &£20m News Group Newspapers (NGN) brief, alongside other advertising accounts, including Superdrug and Mateus, this year. Last year it won LG Europe, Matalan and Uniqlo.

Yet in the same week as the agency won NGN, one of its biggest clients, Argos, put its &£35m advertising account up for review. Prior to the NGN win, there had been rumours that Langdon might be on his way out. But one former agency insider says that as Langdon remains in favour with Euro RSCG Worldwide president and chief operating officer Jim Heekin, “it will be difficult to push Langdon with Heekin around.”

Things may have been complicated by the events of last week, when Havas chairman and chief executive Alain de Pouzilhac failed to prevent corporate raider Vincent Bolloré from securing four seats on the group’s board. It is thought that Bolloré may eventually break up or sell on the group.

One agency executive says: “Langdon always has a plan B. If Havas comes under pressure to sell off Euro RSCG or Media Planning Group, he will have an exit strategy ready.”

Langdon has also been linked with the job of running TBWA/London, but he denies having been in discussions with TBWA chairman Paul Bainsfair. Langdon says: “I’m committed to turning around Euro RSCG London. We have won about seven major pitches and I have no plans to quit.”

Industry gossip says Langdon is winning new business because he offers cheap deals. One insider claims Langdon reeled in NGN by undercutting Publicis and Saatchi &amp; Saatchi. Another insider adds: “At McCann Erickson, Langdon was known for the offer of one year free to international clients.”

Langdon denies undercutting. “I suspect this rumour is being spread by losing or competing agencies. It is inaccurate. Our fee proposal is in line with other agencies’,” he replies.

He says that when was appointed he set himself the target of taking the agency back into growth. He claims to have added billings of &£70m as a result of new business wins. But he has a long way to go. According to Nielsen Media Research, the agency had billings of &£228.5m in the UK for 2004, down 4.4 per cent from &£237.5m the previous year.

The UK agency is likely to get a new chief executive in the next 18 months, with Langdon assuming the role of group chairman. He is currently both chairman and chief executive. He aims to boost group revenues by 50 per cent in three years.

Langdon is famous for building McCann Erickson into a top London agency, but Euro RSCG might be a tougher challenge. If critics who say Langdon likes to “create” headlines are to be believed, there will be entertainment in the attempt.

Wilkinson Sword has poached General Mills marketer Elizabeth MacGregor to be its UK marketing director. She replaces Richard Nall, who is leaving the company at the end of June. It is unclear whether he has a job to go to. MacGregor, the senior marketing manager at the cereal company, will start at the beginning of […]

Mobile phones and credit cards may create more freedom and greater mobility, but improvements in data-capturing technology threaten the privacy of consumers using such devices

The Diary is heartened to see Sainsbury’s taking the subject of binge drinking among teenagers and 20-somethings seriously. Upon approaching a birthday that would be better celebrated with a fine wine, a female acquaintance of the Diary was thrilled to receive a “birthday pack” from Sainsbury’s. So far so good for the direct marketing team. […]