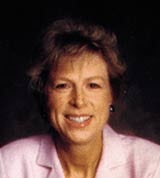 A lot of people have trouble even pronouncing the phrase, but those involved in “experiential marketing” believe that its has grown sufficiently in stature over the past decade to justify setting up its own trade body.

Now a group of “experiential” agencies have shunned existing trade body The Field Marketing Council and are planning to launch a new organisation to promote their interests (MW last week). The first meeting of the Brand Experience Association (BEA) will be held in London on April 27 and 100 people from agencies and venues such as shopping centres have enlisted to attend.

One item high on the agenda will be to answer the question you are probably already asking: “what exactly is experiential marketing?” Its practitioners could wax lyrical for hours – even days – about the definition but, in short, it is any marketing that involves people having a live “experience” of a brand. That could involve putting a car in a shopping centre or sending a gaggle of drag queens to wobble around Tesco stores promoting the new Domestos Pink Power. It could be Coca-Cola or McDonald’s organising community football clubs or Sony running courses on how to use its camcorders.

This bears a remarkable similarity to field marketing, which includes activities such as handing out samples and enrolling people to become regular givers to charity. It is debatable whether the two sets of activities are sufficiently differentiated to warrant having two trade bodies.

For this reason, those behind BEA admit that the first meeting will be exploratory and may not even lead to the organisation being established. Matthew Bending, managing director of SpaceandPeople, which sells shopping centre space for live marketing events, is the moving force behind the BEA. He says: “If everybody says ‘we want to work with the FMC’ or to use their expertise in trading standards and basic working practices and also dedicate money to independent research, I have an open mind. The idea is to make sure we know what experiential marketing means and how much money is involved. Many people realise these questions are not being addressed.”

FMC chairwoman Alison Williams believes that the similarities between the two areas mean it would make sense for them to work closely together. “I think it is an excellent idea that they get together and work as a body. My suggestion would be that they join us as a separate working party,” she says. This would give them access to resources and they could take advantage of the FMC’s membership of the Direct Marketing Association.

Some people believe that setting up a separate body of “experientialists” could be perceived as an opportunistic move to garner publicity. Andy Marks, chief executive and founder of A Vision, who claims to have first coined the term experiential marketing, says: “There is every chance it will be seen as a cynical ploy.”

Even so, he supports the creation of the BEA. A Vision is a member of the Institute of Practitioners in Advertising, but contrary to what the FMC’s Williams says, Marks believes that the newly formed BEA should be an umbrella organisation that brings field marketing under its wing. “The FMC should be a BEA offshoot. The FMC has its place, but there is a difference between field marketing and brand experience,” he says.

There have been examples of organisations setting up their own bodies, only to see them crumble shortly afterwards, due to lack of interest or definition.

The Outdoor Advertising Association went through a similar experience in 2002. A group of outdoor specialists involved in “ambient” and “out-of-home” media believed the OAA was failing to represent their specific interests and formed a breakaway body called Out Of Home Media Association. It never came to much and within a year re-integrated with the OAA.

Technology and commerce are changing fast but trade bodies are often left behind. Mark Boleat, a consultant who advises industries on setting up trade associations, says: “In a rapidly changing economy, the needs of business representation change quickly, but it requires a cataclysmic event before a trade association would change its nature, while commercial organisations change incrementally.”

There are other cases where trade bodies are in the throes of change: for instance, the Interactive Advertising Bureau is discussing whether it can sustain its present form.

With consolidation of industry sectors and the creation of “super-regulators” supervising industries, it seems counter to trends that trade bodies should divide into ever-smaller groups. But even if the BEA fails to get off the ground, the meeting will at least provide an opportunity for people to get together and have a long chat about the meaning of experiential marketing.