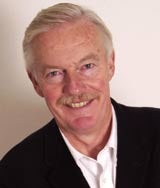 Small agencies are bucking the trend towards consolidation, but this situation may not last if the big media buyers have their way, says David Wethey

Look at the new business league. The pace is being set by “independent” agencies, not the internationals. And it’s been that way for three straight years.

COI Communications recently announced a roster containing more local and fewer international shops. In the US big accounts are also shifting in increasing numbers away from the giants. Even on a regional and global scale, clients have started to entrust big brands to agencies that don’t have an office in every port. How does this square with the confident predictions that the agency business is relentlessly consolidating?

I do not believe that the trend is entirely demand-driven, although many clients seem to be looking primarily for two things/ a big idea, and clubbable creative people to whom they can actually talk. It has a lot to do with a shrewd reading by ambitious independents of how the selection process works.

A bright, small team from a smaller agency with only one office is just as likely to come across well (and bring a big idea to the table) as the London office of one of the giants. And most independents have a more or less charismatic lead creative – which often makes a refreshing change for a hard-pressed client.

Creative independents are doing well because they’re good. They’re not a different species though. They’ve emerged from the same graduate schemes and art schools as their big agency contemporaries. They’ve worked on the same accounts and won the same awards. But they have three big advantages: more attractive packaging, freedom to work with the specialist marketing services agencies of their choice (or to start them), rather than the sister shops they are supposed to recommend, and lower overheads.

Given a couple of years of dynamic growth, the small shops are neither as small nor indeed as independent as they were. But that doesn’t sound a bad outcome for the ambitious owner-drivers.

Beattie McGuinness Bungay has made a good start and Sir Frank Lowe’s new agency has a huge founder client (Tesco). WCRS has flourished exceedingly since buying itself back, as has Delaney Lund Knox Warren before and after selling itself again to Creston. Mother and Clemmow Hornby Inge are already quite large shops. Wieden &amp; Kennedy, Fallon and the Dutch agencies have really big names on their rosters. Bartle Bogle Hegarty pulled off the feat in 2005 and will be hoping to do so again this year. The more successful the agency, the less accessible the founding partners inevitably become. But the business model is different. Less top-heavy than a traditional agency, less reliant on pumping up fees. It’s faster too and more integrated – so the agency can maximise revenue across a broader front, and prevent multiple specialist agencies from muscling in.

There are some downsides in all this. Big ideas need big executions if they are to become great campaigns – and there is plenty of evidence that this doesn’t always happen. For some of the successful creative independents, the quality of work is in inverse proportion to their new business record. Then again, they find that when multi-market opportunities present themselves, distributing campaigns across markets is not easy.

What’s the prognosis? Consolidation is inevitable despite this flurry of entrepreneurial success, for two main reasons: the speedy progress towards only five main media buying points, and the ambition of the agency owners who will need to cash in their chips at some stage.

It is surely only a question of time before the trends in media start driving the creative business. As the media agencies become super-tankers, they will be the dominant force in the groups (if they are not already in Publicis Groupe and WPP Group). Then they will encourage giant clients to pitch media and creative at the same time. They will be in a perfect position to do so, because in a real sense they will control the media market.

The distribution outreach of these media shops will make them extremely flexible. Either they can work with their traditional sister creative agencies. Or they can provide the operational and geographic umbrella to allow clients to work with smaller BBH-style agencies with little or no network. But they (or rather the new media-dominated groups) will want whole or part ownership. Independents might be a short-lived trend – at least as far as global clients are concerned.