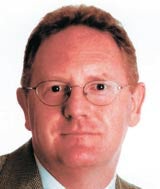 RTL, the German group that has snapped up United Business Media’s stake in Five, is ready to splash out even more cash on Telewest-owned Flextech Television.

But it is not the only company hell-bent on acquiring the cable company’s content arm, which has ten wholly owned channels such as Bravo, Challenge and Living TV; and a 50 per cent stake in UKTV, a joint venture with the BBC.

Hallmark Channel, ITV, Time Warner and MTV-owner Viacom are also understood to be interested in all or part of Flextech. Private equity players such as Apax and 3i are also said to have cast their eyes over the company.

Telewest has hoisted the “For Sale” sign over Flextech in preparation for its long-awaited merger with NTL. The two cable companies have agreed that there is no place for Flextech as a content provider within the merged operation, which will focus on its cable network and selling telephony, internet and television packages. Both cable companies had been expected to merge before the end of September, but negotiations could easily drag on. The sale of Flextech has been one sticking point, although it is thought that Telewest will not have to dispose of the company prior to the merger actually taking place.

Telewest is reported to be seeking bids of up to &£1bn for the company, although none are so far thought to have been tabled for this amount. The purchase price is likely to be nearer to &£800m.

Mediaedge:CIA broadcast director Ian Anders says: “I think the purchase of Flextech is going to be hotly contested. Flextech’s advertising sales house, IDS, takes about &£140m to &£150m a year. That’s a good chunk of revenue and the audiences are worth fighting for.”

One of the jewels in Flextech’s crown is UKTV – which has 11 channels, spanning fiction with UKTV Drama, comedy with UKTV Gold, fact-based content with UKTV Documentary, and lifestyle with UKTV Food and UKTV Style. Two of its channels – UKTV Bright Ideas and UKTV History – appear on Freeview.

But is not certain that all potential bidders will be given a clear run at this prize. It is understood that the BBC has the right to veto any change in ownership of Flextech’s stake in the joint venture. This may mean that Flextech’s assets end up being split.

The future of IDS, headed by Mark Howe, is also unclear and will no doubt depend on the identity of the successful bidders, most of which have their own sales divisions.

One thing is for sure – the Flextech sale saga must come to an end once NTL and Telewest eventually tie the knot. But this engagement has been a particularly long one. with much speculation about “if and when”. Flextech in its current form may be around for some time.

Newcastle United FC has confirmed that it has received an offer for president John Hall’s 28.5 per cent stake in the club.

Hypertag, the UK mobile marketing technology company, is launching a mobile commerce application. The application, called Hyperstore, will make it easier for consumers to buy content, products or services over their mobile phones.

SABMiller, owner of such premium beers as Pilsner Urquell, Peroni Nastro Azzurro, Miller Genuine Draft and Castle Lager, is ringing the changes. Its purchase last week of a controlling stake in South American brewer Bavaria for $7.8bn (&£4.5bn) has turned SABMiller into the second-largest brewer by volume in the world, behind InBev. It inherits a […]