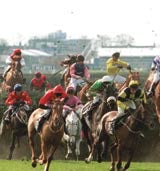 When the first interactive television (iTV) services were launched in the late Nineties, the gambling industry and broadcasters thought the odds were stacked in their favour.

However, not all those that took a punt on iTV have turned out to be winners. Undeterred and like true gamblers, some of those who have lost their shirts are returning to the table to place a second round of bets.

Channel 4 is in talks to set up a new iTV gambling service (MW last week), despite losing &£10.5m in 2003 as part of the original consortium behind the horseracing and TV betting operation Attheraces. The broadcaster is in negotiations with Blue Square, Ladbrokes, Littlewoods Bet Direct and BSkyB’s Sky Bet about its new venture.

In January the original Attheraces consortium, which included track operator Arena Leisure and digital TV broadcaster BSkyB as well as Channel 4, announced that it was terminating a ten-year &£307m deal signed in 2001 with all but ten members of the Racecourse Association after a failure to hit profit targets.

The consortium was also subject to an investigation by the Office of Fair Trading, which in March ruled that the 49 racecourses that were signed up to the ten-year deal had acted uncompetitively when they negotiated collectively to sell the television rights (MW April 8).

Like Channel 4, the other members of the Attheraces consortium – Arena Leisure and BSkyB – are also refusing to give up on running iTV betting services. The two are planning to resurrect Attheraces, which stopped broadcasting in March, and have jointly bought Channel 4’s 33.3 per cent stake, together with &£23m loan advanced to the horseracing channel by the broadcaster, for the sum of &£1.25m. Now owned 50:50 by Arena and BSkyB, Attheraces has plans to launch a live racing service next month. It has negotiated new broadcasting deals with Ascot racecourse, Chepstow racecourse, GG media and the racecourses owned by Arena.

Although some revenue will come from the international sale of broadcasting rights, betting revenue will be crucial to the revamped venture if it is to turn in a profit.

There is very little data available on iTV services, but a Mintel report in 2002 found that consumers had spent &£6m on TV betting services and estimated that the total interactive betting market, which also includes internet and WAP phone betting, was worth more than &£100m. Although betting through iTV services has a higher share of the market than WAP phone betting, which is valued at &£3m, both markets are way below the amount of money spent on betting via the internet, which boasts sales of &£84m. However, telephone betting was the most popular form of remote betting, with sales generating &£120m.

But there is still significant room for growth. A report by media intelligence company Screen Digest predicts that the total remote betting market will be worth more than &£1bn by 2007, with turnover on betting via iTV worth about &£475m by the end of the same period. Screen Digest estimates that the amount spent on betting through iTV in 2003 was &£75m, significantly more than the Mintel figure. 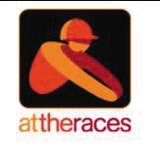 In its previous guise, Attheraces found that the costs of running a TV channel with iTV capability, a website and a telephone betting service, combined with the &£307m it spent on securing the racing rights, could not be recouped through betting sales alone. Its total betting sales for 2003 were only &£13m, up by &£1m on 2002.

But Attheraces will have learned from its earlier mistakes, having initially offered only pool betting, rather than the more popular fixed-odds, which it began providing through its telephone betting operation last year. Although this latter form of betting is subject to lower margins, it has greater appeal to regular gamblers.

There are a number of other companies operating in the iTV betting market, including Ladbrokes, Littlewoods, William Hill, Blue Square, which is owned by The Rank Group, and Sky Bet, which BSkyB bought as Surrey Sports in 2000 and rebranded in 2002. BSkyB claims that revenues from its Sky Bet service hit &£91m in the six months to December 31 last year, up by &£48m on the same period in 2002.

Sky Bet managing director Nick Rust says that betting is an area of iTV that is working well, but he admits it has taken time to get the offer right. He says: “There has been a lot of learning about what does and doesn’t work.”

Rust says that iTV betting can reach a broader group of consumers than other forms of betting because it is linked to the home, where women may feel more comfortable about placing a bet. It also offers softer forms of betting than the unvarnished outcome of a sporting event, such as odds on which player will score the next goal in a football match. This latter form of betting gives punters the opportunity to place lower stake bets of about &£12 to &£15.

But a key challenge for all operators in this market will be persuading those users that they have already won over to spend more each time they gamble. That will be particularly hard for the iTV games and betting channels, where stakes of &£2 are sometimes acceptable.

The peak time for iTV bets being placed is in the evening, allowing operators to offer in-play betting on a range of programmes such as Big Brother as well as sports.

Digital Interactive Television Group (DiTVG) has an interactive entertainment and games channel called Avago which operates a bingo-based game, offering viewers the opportunity to interact with live presenters through text messaging while they are playing. According to managing director Neil McDonald, customers enjoy the interaction with presenters and the opportunity to bet in a softer way. He claims DiTVG’s two channels, the other being iSportsTV, have a combined income of &£60m.

However, the further development of games channels such as Avago is limited under the 1968 Gaming Act, which only allows iTV betting on the outcome of an event such as blackjack, and not on participation in the game.

McDonald believes that services such as Attheraces may have failed to attract the traditional “big-bet punters” because they like to place their bets personally at bookmakers or over the telephone, ensuring both a degree of security and privacy from the rest of their family. Others claim that serious punters distrust iTV betting because it is not fast enough.

The odds are there is still plenty of money to be made from iTV, but a bet on the majority of television viewers having a regular flutter is perhaps misplaced. Those iTV operators still playing the game must ensure that they are offering what punters want – security, fixed odds and fun.

Pizza Hut has shortlisted Starcom MediaVest and MindShare for its Â£11m media planning and buying business.

Liquorice has been retained for the third time to work on Eurotunnel’s retail business. It kept the business after a six-way pitch and has been instructed to devise a summer retail campaign.

Modern consumers consider themselves to be more ethical, but this is not reflected in their buying habits. Market research can help brands determine the ‘political stance’ they should adopt to woo those with good intentions. Alicia Clegg repor