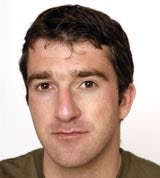 ITV’s decision last week to press ahead with plans for a digital free-to-air commercial children’s channel is part of a strategy to offset a decline in ITV1’s share of advertising spend and viewing.

The new channel, yet to be named, will be added to ITV’s growing family of channels that includes ITV2, ITV3 and the soon-to-be-launched men’s channel ITV4, which will begin broadcasting from November 1.

Starcom UK trading director Chris Locke says that with 70 per cent of children living in multi-channel homes, it has become increasingly important for ITV to have its own digital channel targeting this audience.

Carat operations director Steve Hobbs says this level of choice has led to channel zapping: “Children are fickle viewers and use every opportunity to find what they want to watch.”

For existing providers of children’s commercial channels, such as Disney and Nickelodeon, the arrival of ITV’s new channel can only make life more tough. They complained bitterly when the BBC used licence-payers’ money to launch CBeebies and CBBC into a market they argued was already well served by the commercial sector.

Nickelodeon managing director David Lynn says: “There are 21 children’s channels already, and the size of the advertising market has remained fairly static at about &£100m for the past four years. It is incredibly competitive and challenging, and we also have the threat of the food advertising ban that has already affected the market.”

Lynn estimates that food advertisers have reduced their spend by 33 per cent over the past two years in the children’s advertising market.

ITV’s children’s channel, to be launched in the next six months, will be broadcast during the day on BSkyB, cable and Freeview. Although the channel will be the only commercial children’s channel on Freeview, one industry insider claims this is not as advantageous as it first appears, as there are three times as many children living in pay-television homes than in Freeview homes. However, TV buyers say Freeview will give the channel an instant boost that could propel it into a market-leading position.

ITV will continue to broadcast eight hours a week of children’s programming on ITV1, because of its broadcast licence obligations. But its rates for the new channel, which is to be sold by the GMTV sales team, are likely to be more competitive than those on ITV1.

Mediaedge:CIA broadcast director Ian Anders says: “ITV1 advertising to children on a cost-per-thousand basis is extremely expensive. It is five times what it is on multi-channel.”

ITV will no doubt be hoping that that the launch of the new children’s channel will help it utilise its archive of children’s programmes to produce additional advertising and merchandising revenue.

PokerStars, the internet gaming site, has picked former Coral Eurobet marketing chief Chris Welch as group marketing director. Welch, who has been working with the company as a consultant, will report to PokerStars’ president Isai Scheinberg.

MonsterMob, the British mobile phone provider of ringtones and games, has agreed to buy Chinese rival ATOP Century for &£55m. MonsterMob is expected to gain access to 1.25 million new subscribers through the deal.