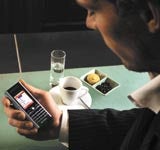 The online industry is bracing itself for European legislation that threatens to squeeze the life out of the emerging mobile television industry. New media experts are concerned about proposals to extend the Television Without Frontiers Directive to cover content distributed via the Web or to handheld devices, including mobile phones.

The European Commission’s amendments to the directive (MW December 15, 2005) were a mixed bag for digital marketers. While many welcome some of the suggested changes – notably that most regulation should be by country of origin – others remain sceptical.

The EC believes it can separate TV distribution into ‘linear’ and ‘non-linear’ categories. Linear covers scheduled broadcasting via traditional TV, the internet, or mobile phones, and ‘pushes’ content to viewers. Non-linear formats, such as on-demand films, involve the viewer ‘pulling’ content from a host.

The EC says a more relaxed version of existing TV regulations should apply to linear programming, while non-linear content would be subject only to “a basic, EU-wide, minimum standard of protection for audiovisual, on-demand services”. This would
prohibit surreptitious advertising, incitement to racial hatred, and include protection
for minors.

Viviane Reding, EC information society and media commissioner, says: “Europe’s audiovisual content industry [can] flourish under one of the most modern and flexible set of rules in the world. They should open up multi-media opportunities, and boost competition and consumer choice, while promoting public interest objectives.”

But Broadband Stakeholder Group (BSG) chief executive Anthony Walker, who represents the interests of the broadband industry to the UK and European governments, is “very concerned” the EC is restricting an industry that is only just refining its offering and distribution models.

BSG believes the kind of services that will develop over the next five years will marry linear and non-linear TV elements, so separate regulations would be unworkable. Walker says companies like BSkyB already combine programming distributed by cable or satellite, on-demand content, red-button interactivity and local storage capacity in consumers’ homes. “It would be very difficult to work out what rules apply,” he warns.

One thorny problem with mobile TV is the country of origin concept. Marketers might be able to cherry-pick the European Union state they use to distribute information, taking advantage of the most relaxed regulatory framework. Mobile marketing consultant Craig Barrack says: “The EU proposals sound great from a corporate point of view, but what about from a consumer perspective?”

Osborne Clark media law expert Nick Johnson says the proposals could become UK law in 18 months. He adds: “It looks like another case of the EC legislating without a clear need for public policy.”

Other experts are concerned by intellectual property regulations affecting the amount and quality of content available on PCs and mobiles. Graham Lovelace, co-author of the IPTV [Internet Protocol TV] Broadband Meets Broadcast report, states: “IPTV platforms will only succeed if companies can differentiate from the three other delivery platforms – terrestrial, cable and satellite. They need rights.”

If those rights are secured, current TV broadcast models – and the EC’s proposals – will become irrelevant. Lovelace adds: “IPTV challenges the concept of the TV channel. Consumers will expect to see the programmes they want, when they want. The iPod generation is the proof of that.”