It is thought that Lewis has disagreed with Murdoch MacLennan about the future direction of The Telegraph.

Lewis had been leading the group’s digital strategy, heading a standalone digital division based at Euston that Telegraph Media Group created in November to create cutting-edge ideas and new revenues (nma.co.uk 26 November 2009).

TMG Chief Executive, Murdoch MacLennan, says: “Will has been a superb colleague, helping transform our operation into the UK’s leading multi media quality publisher and establishing Euston Partners to take TMG forward into its next phase of development. Having achieved so much here, I understand his reasons for wanting to move on. We wish him every success.”

Sources suggest that Lewis wanted to create a standalone business from the digital unit whereas MacLennan wanted the Euston-based project to remain within TMG.

Lewis joined Telegraph Media Group in 2005 and became the publication’s youngest editor in 2006, before being made editor-in-chief the following year. Prior to that he had worked at The Financial Times and The Sunday Times.

Telegraph Group says that the Euston operation will remain and its management structure is being reviewed. 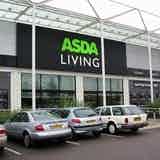