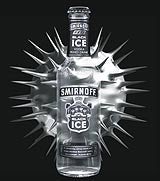 Premium packaged spirits (PPS) have been toasted by the drinks industry as a fantastic success, achieving year-on-year volume growth of 40 per cent. However, fierce competition and a 65 per cent average increase on excise duty in the April Budget to bring them in line with spirits – from 13p on a 275ml, four per cent alcohol by volume (ABV) to 22p (based on alcoholic content) – means the hunt is on for new customers. And PPS brands are now trying to elbow the traditional pint off the bar by introducing men to the delights of vodka or rum mixed drinks.

Diageo GB is launching its first Smirnoff Ice variant, Smirnoff Black Ice, later this month in an attempt to target male drinkers (MW last week). According to Mintel, only 13 per cent of adults categorise PPSs as a drink for women, however the industry believes that a large proportion of male drinkers are reluctant to drink them. Observers also claim that men believe PPS products taste too sweet and are pitched at women through female-oriented packaging and marketing.

Smirnoff Black Ice, a clear liquid with a crisp dry flavour, has been created to combat these male prejudices and differentiate itself from its sweeter sister. Halewood International has also produced a black variant of its PPS drink – Red Square Ice – aimed at men, called Wolfberry Ice.

The total alcoholic beverage market was worth £32.8bn in 2001, an increase of 10.2 per cent (Mintel) on 1999. The flavoured alcoholic beverage (FAB) market, which includes PPS (branded spirit-based drinks combining more than one mixer), alcoholic carbonates or alcopops (fruit, herb or soda-based drinks) and pre-mixed drinks (single-serving of a spirit and mixer, such as gin and tonic), was worth £1.05bn in 2001, representing 3.2 per cent of all alcohol sales. This may seem a small fraction of total alcohol sales, but the FAB market has experienced a 136 per cent growth in volume and 75.6 per cent in value since 1999.

The fact that it embraces three of the top five fastest-growing alcohol brands in the off-trade sector underscores the strength of the PPS concept. Bacardi-Martini’s Bacardi Breezer is market leader in the off-trade sector and was valued at £80.45m for the year to December 2001, an increase of 14.4 per cent on the previous year (AC Nielsen). The brand is the first PPS product to break into the league table of top-ten drink brands by value, in tenth place. Smirnoff Ice is ranked number 28, while Halewood’s Red Square is at 47. Other strong brands include Diageo GB’s Archers Aqua, Coors Brewers’ Reef, and Bacardi-Martini’s Metz.

While analysts forecast strong growth for PPS drinks products, they are wary of the bubble bursting. Teather &amp; Greenwood drinks analyst Nigel Popham believes the market has growth potential, but says: “It’s clearly becoming more crowded and I think history has shown that the longevity of many of these products is very limited.” He points out that the younger drinker, “tends to buy products on price and has no real loyalty, moving on to the latest item”.

The FAB category was launched in the early Nineties, with “alcopop” brands such as Coors Brewers’ Hooch marketed as unisex products. Coors Brewers brand director Des Johnson says: “As the market developed, different brands were marketed to different sexes and women were attracted to the new range of drinks available.”

Karen Salters, marketing manager at Beverage Brands, which produces WKD, supports the theory that the market developed with a feminine bias. She says: “At the outset the majority of brands were very much female-oriented in their flavour, pack design and advertising.”

The big players in the drinks industry may have been slow to target men, but the independents have proven more nimble. Soccer Ice, headed by former Bass sales director David Gallon, launched on the back of England’s 5-1 victory over Germany last year. Crystal Drinks also teamed up with the Jordan Grand Prix team to launch V-10, mixing its EJ-10 energy drink with vodka and lime.

Beverage Brands claims that WKD, which increased 194 per cent in value in the off-trade for the year to December 2001 to £17m, has successfully been positioned to target men. Salters says: “We saw a chance to broaden the appeal of FABs with the launch of WKD Original Vodka Iron Brew in 1996. Men felt comfortable holding the bottle, perhaps because its colour was similar to beer or lager.”

Diageo GB innovations director Nick Robinson says that Smirnoff Ice is consumed fairly equally by males and females, but adds: “We recognise there is a further opportunity to target men. Smirnoff Black Ice is for those men who have not found a PPS to meet their needs, either from an image or product perspective.”

Bacardi-Martini takes a different view to that of other players in the market and believes that demand from men will increase organically without the need for a targeted product. Marketing controller Roger Harrison says: “We have no plans to launch a PPS aimed solely at men as the category is becoming more masculine. Over the past 18 months, male consumption of Bacardi Breezer has increased from 26 to 34 per cent among 18to 24-year-old men.”

The increase in PPS consumption has been fuelled by a large investment in advertising among the major players, which creatively tends to adopt an inclusive party atmosphere that could appeal to both sexes. But despite being a unisex brand, Smirnoff Ice has produced advertising that appeals to the male market, with the tagline: “Its as clear as your conscience” and storylines including a young man chatting up his friend’s mother.

Soccer Ice has targeted men with single-minded determination, producing a limited edition bottle with a St George’s flag design for the World Cup and running a promotion to win David Beckham’s Range Rover.

Salters claims that WKD’s advertising has embraced “the irreverent humour of the target male market”, with the tagline: “Have you got a WKD side?”. WKD is also due to launch a text football promotion, featuring page-three model Charlie O’Neale.

Brands face a tough decision on whether to lower alcoholic content to combat the Chancellor’s tax increase, which brings them into line with spirits. Before the Budget PPSs were taxed as wines, which are banded by alcoholic content and taxed in £ per hectolitre (100 litres). For instance, Smirnoff Ice and the Black Ice variant are 5.5 per cent ABV and come in a 275ml bottle – falling into the four to 5.5 per cent ABV band they were taxed at about 0.065p per ml, or 18p tax on a bottle. Now that PPSs are treated as a spirit, they are taxed at 1.96p per ml of pure alcohol. So the tax levied on a 275ml, 5.5 per cent ABV bottle would be about 29p a bottle. This coupled with the many “me-too” products coming on the market threatens to erode the “premium” aspect of PPS drinks.

Careful brand management is therefore necessary in the future to ensure that the PPS sector continues its double-digit growth and does not follow its predecessor, the “alcopop” category into decline.

EMAP Advertising is to take responsibility for the sale of advertising spots during information provider Trafficlink’s radio bulletins. This will be the first time that Trafficlink has appointed an external ad sales house. Trafficlink provides traffic and travel updates to 133 national and local radio stations, including Virgin Radio, Capital FM and TalkSport, with a […]

Does confusion marketing actually exist? The issue has been given new piquancy as result of a damning report by the Commons Treasury Select Committee on the retail activities of the high street banks and credit card companies. The MPs – latest in a long line of august officials to savage financial services for their impenetrability […]

Blue Nun, the German wine attempting to update its image, is linking up with G Costa’s Blue Dragon Foods brand to promote the idea that it is a good accompaniment to Oriental food. The tie-up is part of a bigger move by Langguth Sichel, Blue Nun’s brand owners, to change the image of the wine, […]