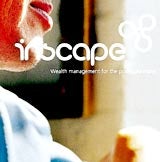 No longer the preserve of the mega-rich, private banking is now being extended to the so-called mass affluent market – those on good incomes who have at least £50,000 to invest.

In the hunt for new revenue streams, away from the highly competitive mortgage and lending market, banks such as Abbey National, NatWest, HSBC, Lloyds TSB and mortgage bank Halifax have jumped onto the bandwagon once ridden only by fund managers and secretive private banks.

And last week online share trading company Self Trade announced that it is to reposition and rebrand as a wealth-management bank (MW last week), competing with the growing number of high street offerings.

In other words this is “wealth-management for the privileged many”, as proclaimed in the poster ads for Inscape, Abbey National’s new private bank.

Research by Mintel predicts that the number of British people earning more than £50,000 will rise from 1 million in 2000 to 1.4 million in 2004. But with a growing number of operators launching services aimed at the mass affluent market, the question is whether there is enough business to sustain all these competitors.

Industry insiders say the need to provide expensive advice, a looming global market downturn and increasing competition could all throw a spanner in the works.

One insider says: “By targeting consumers in this way, banks are singling them out and making them feel important. But compared with individuals with £1m or more to invest in liquid funds, they are not really a profitable group,”

According to Datamonitor the majority of mass affluent consumers fall into the 35 to 54 age bracket, while those aged over 55 account for 38 per cent of the market.

They may be wealthy but are they wise? Almost a fifth of mass affluent individuals have no investments at all, making this a lucrative area for providers to tap into.

But Michele Gorman, Datamonitor’s financial services lead analyst, believes it is highly unlikely that all these new entrants will gain the customer base they are aiming for.

She says an important measure of success will be the “share of each customer’s wallet” that a financial service provider can take.

“Competitors must deliver sustained performance on invested assets, together with sufficient product range and multi-channel distribution.”

Lloyds TSB has linked up with Goldman Sachs to form Create, a new wealth-management unit aimed at clients with liquid assets of £100,000 or more. Create launches this summer with a target of 250,000 clients by the end of 2002.

“This expansion of wealth-management services is central to our overall growth strategy, and we aim to double profits from this market in four years,” says Peter Ellwood, chief executive of Lloyds TSB.

Abbey’s Inscape, set up in November, aims to have 100,000 customers by 2005, but in December reports said that it had signed up only 37 customers.

HSBC, meanwhile, is linking up with Merrill Lynch to launch its global mass affluent wealth-management division in the spring, and Barclays has added new features to its existing Premier banking facility.

A NatWest spokeswoman says its wealth-management unit is targeting 350,000 existing customers for its new Private Bank, and claims that “thousands” of customers have already signed up.

“Our standing as an institution means that we have access to fund managers, such as Wellington in the US, which would normally only deal with clients who have £10m to invest,” she adds.

“They will have a limited panel [of third party products] from which they will be able to make recommendations. The main difference is that an IFA will recommend where the client should invest his money while wealth-management units will say ‘give us your money and we will invest it for you'”.

McAuley believes that, although the profits of IFAs at the upper end of the market will be affected by increased competition, a number of the new wealth-management units may not survive.

“I think we will end up with four at most. These companies will have to reach a critical mass in order to justify their overheads and, the fact is, not all of them will,” he says.

McAuley’s predictions are backed by Datamonitor’s forecasting, which shows that there will be 2.3 million individuals with liquid wealth of between £100,000 and £500,000 by 2004 in the UK.

Even if all of them use mass affluent services, this leaves room for only nine wealth-management players the size of Create in the market.

With everyone from IFAs, online brokers and traditional private banks looking for a share of this new-found market, the banks will have to work hard to differentiate themselves from the competition.

The winners are likely to be those which can bridge the gap between the mass market and traditional private banking values by having partnerships with third parties and offering top investment products along with sophisticated current accounts and face-to-face advice.