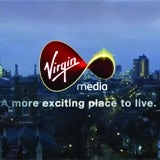 Creative agency, BBH, will now handle Virgin Media’s £36 million above-the-line activity, following a review that is likely to bring an end to the integrated approach to advertising adopted by the brand last year.

It won the business following a pitch against the previous incumbent, integrated shop, DDB UK, which was hired last year, prior to the appointment of the brand’s first CMO, Nigel Gilbert.

Virgin Media’s growing focus on digital advertising was halted earlier this year when Gilbert overhauled its marketing structure to consolidate its consumer insight and commercial strategy departments alongside brand and marketing.

At the time of the announcement a spokesman said that previously the brand and its marketing had been “quite a siloed operation” and the intention is now to put the “customer front and centre.”

If the restructure was the catalyst for the brand’s creative review, then its new agency is clear reaffirmation of Virgin Media’s faith in the power of TV to influence the masses. And with BBH’s previous track record for the likes of British Airways, Yeo Valley, Barnardo’s and Johnnie Walker, you wouldn’t bet against this gambit backfiring.

More importantly, the appointment reveals a brand that is happy to handle the integrated aspects of modern-day marketing, while freeing up its agency to concentrate on executing strong above-the-line creative.

Strong creative alone won’t be enough for Virgin Media to outpace rivals, Sky and BT, especially with the former’s financial clout and the latter’s long-running ‘Adam and Jane’ ads.

Indeed, consistency and creativity go hand-in-hand and Gilbert will need to be patient if he is to emulate the success of previous campaigns he has overseen such as Lloyds’ ‘For the journey’ and HSBC’s ‘World’s local bank’.

As for DDB, the agency should be proud of what it achieved over the 18 months it worked with Virgin Media, particularly being the incumbent during the company’s “best ever” year in 2010, when it gained a mass of new customers and achieved record average annual spend per customer.

It’s a fine line between success and failure in adland, as DDB is no doubt reflecting, disappointed. The agency has done some stellar work this year, most notably for Phillips and Budweiser, and combined with its new look planning team should hit the ground running going into 2012.

At a time where some of the strongest integrated communications are emanating from adland rather than brands, Virgin Media’s decision to strip this out of its creative brief could be viewed as risky. It will be interesting to see whether customer advocacy and a passion for the “big idea” will be enough to survive in a tightly contested market. 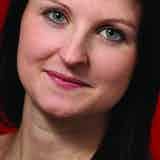