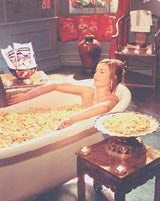 Walkers Snacks upped the ante in indulgent adult snacking when it launched the Sensations range of “posh crisps” last year. Now, with the launch of Sensations Nut Clusters, it is planning to take on the branded leader in the nut market, KP Nuts, owned by United Biscuits.

The Sensations crisp range is already worth &£60m a year, according to data from Information Resources (IRI). Walkers is hoping to build on that success with Oriental Crackers, launched a month ago, and the Nut Clusters range, which will hit stores in the autumn (MW last week).

Walkers Snacks, part of global snack firm Frito-Lay, which is in turn owned by PepsiCo, is performing well in the bagged snacks market. It saw growth of just under ten per cent last year, driven by aggressive marketing and innovations such as limited-edition Marmite-flavoured crisps. The market as a whole is fairly mature and includes KP Snacks ranges such as McCoy’s and Hula Hoops. It is growing by 1.3 per cent a year and was worth &£2bn last year (IRI).

Sensations has become one of Walkers’ key brands, although the snacks company’s biggest brand by far remains Walkers Crisps itself. According to figures from Datamonitor, Walkers Crisps accounted for a quarter of all revenue from snack sales in 2002 and it is the only brand with a double-digit market share. At 28.4 per cent it is more than four times the size of its nearest rival, Procter &amp; Gamble-owned Pringles, which has 6.1 per cent of the market.

Although the Sensations launch is seen in the industry as one of the category’s biggest success stories for several years, some industry observers are concerned that too many brand extensions could stretch the brand too far, too fast.

One industry insider believes that the nut range will be either “an absolute winner or a complete nightmare”, because it could erode the premium value of the brand. But he says that the product range – peanuts coated with a mixture of potato and chopped nuts in three flavours – fits the aspirational profile of Sensations’ consumers.

The positioning of Sensations is seen as one of the key reasons for its success, alongside the quality of the product. Before the range was launched, the crisp market was divided into mainstream products, such as the core Walkers range, and ultra-premium brands such as Kettle Chips. Sensations has bridged the gap between the two, appealing to customers who want to “trade up”.

While Walkers is keen to keep Sensations under its main brand umbrella, it wants to avoid it becoming pigeonholed as a crisp brand, hence the drive to extend the range quickly. Sensations brand manager Krys Jankowski says that this is part of a longer-term strategy to make Sensations an adult snack brand. “If you don’t move quickly, you can end up becoming a niche brand in the consumer’s mind. Also, both consumers and the trade are currently receptive to new product development, so it is the right time.”

She says Walkers is launching Nut Clusters now, and under the Sensations brand, because it has identified a gap in the snacks market for a premium nut product. Walkers briefly owned the Planters brand, now owned by Trigon Snacks, in 1998 after it acquired Smiths. It sold Planters because it was not seen as complementary to its portfolio of brands.

However, such concerns did not stop Walkers from straying from its core crisp business when it launched Sun Dog, a cheese-flavoured popcorn, in 1998. The product was shelved the following year after it failed to catch on. An agency insider says the difference between that launch and the launch of Sensations Nut Clusters is that Sun Dog was trying to break into the already-crowded children’s market, whereas Sensations is trying to define a new sector.

The story of Doritos, which was launched in 1994 by Martin Glenn, then director of new product development and now president of PepsiCo UK, is similar to that of Sensations. Doritos filled a gap in a market that was not being served. It is for the same reason, Jankowski says, that Walkers is now developing a nut range under its core brand.

Nut Clusters are due to be launched in time for Christmas, in order to exploit the seasonality of the nut market. Although nuts do sell throughout the year, particularly in the pub market, more than 40 per cent of nuts are sold in the last three months of the year.

Jankowski says that the launch will be supported by marketing but not at the same level as the new Sensations flavours or the Oriental Crackers range, as Walkers hopes that the product will benefit from the “halo effect” of current advertising. The Sensations TV campaign, created by Abbot Mead Vickers.BBDO, stars Tara Palmer-Tompkinson as well as Gary Lineker, the long-standing star of Walkers’ ads.

An agency insider does not believe that the launch will have a significant impact on the other branded players in the nuts market, such as KP and Planters, because the offering is different. Planters is launching a range of new flavours, such as salt and black-pepper cashews, and a range of different mixes, including yogurtand chocolate-covered ranges, at the same time as Sensations Nut Clusters is being introduced by Walkers. Observers hope that these innovations will serve to increase sales in the premium nut category overall.

Planters marketing director Rob Woodall welcomes the entrance of a major branded player in the market, which is dominated by own-label brands. “Historically there has been little innovation in the nut market as KP has been a lazy market-leader. Walkers coming to the market with branded innovation has got to be a good thing.”

The UK snacks market sees a large number of new product launches every year but not every one hits the spot with consumers. And as concerns over obesity and fat levels in the UK diet grow, it could become even more difficult to develop areas of genuine growth. Walkers stands as good a chance as any of overcoming that difficulty and seems intent on doing so. Its competitors will hope they are towed along in the slipstream.