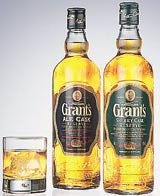 William Grant &amp; Sons’ group managing director Patrick Thomas has left the company following a board-level shake-up. As part of the restructure, the company decided to wipe out a layer of management and it is understood that Thomas disagreed with the company’s move.

It is not known whether Thomas, who had been in the position for three years, has a job to go to. He joined the company in 1994 as a non-executive director from cosmetics company Lancaster Group, where he held the position of president and had responsibility for the global development and marketing of the business.

The two-tier board comprised a supervisory board and an executive committee. The one-level management structure will include an executive board, which is responsible for the company.

One of the main shareholders, Charles Gordon, will take on the chairman’s role later this month.

The Government wants the British public to look to our American cousins’ example and start creating business ventures and inventing products as it fears our reticence is putting the economy at risk. But with just a handful of heroes to emulate, is the initiative doomed from the start? asks David Benady Reshaping the UK’s economy […]

The Financial Services Authority (FSA) is to clamp down on the claims that companies can make in advertising about the past performance of their products. In a consultation document published last week the regulator says it wants to see more balanced advertising. It also says the use of past performance is important in the marketing […]