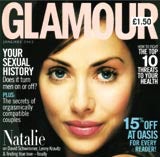 For a long time, women’s magazines as a genre were accused of being staid and blinkered. But the market is showing signs of life. As a slew of new titles hits the newsstands, the women’s sector has announced a whirlwind start to the new year.

Women’s monthlies were handed a depressing set of Audit Bureau of Circulations (ABC) figures last year, with circulation slides for many major publishers. But if celebrity titles took some lustre from the traditional women’s titles, that shine has now been restored by a healthy set of July to December 2004 ABCs. Women’s general interest titles; fashion and lifestyle; and weeklies are all showing signs of growth.

New launches are expected to further drive this growth. With Grazia, EMAP has just launched the first glossy weekly in the market. Condé Nast’s much-awaited Easy Living is expected to hit the shelves early next month. And there is speculation that, spurred by the success of their own stables of traditional women’s magazines, the National Magazine Company (NatMags) and IPC Media will also be expanding their portfolios.

Once derided for catering to the “knitting generation”, traditional women’s titles such as NatMags’ Good Housekeeping and IPC’s Woman &amp; Home have surprised the critics: the two posting healthy circulation rises of 4.7 per cent and 12.6 per cent year on year respectively. It is no surprise that Condé Nast’s A5-format Glamour retains the market-leading position in the lifestyle sector, with a circulation of 620,391 – up 2.4 per cent period on period and 6.5 per cent annually. But what has raised eyebrows – and spirits – is that in an age when readers are buying more niche publications to satisfy specific interests, the overall lifestyle/fashion market grew by 19.3 per cent in the second half of 2004 (20.5 per cent year on year). 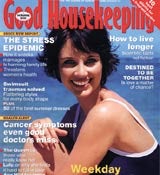 PHD press director Tim Caira explains that it is the “younger” phalanx of the women’s traditional sector that is driving growth in both monthlies and weeklies. “In the monthly market, Woman &amp; Home is a tarted-up version of Essentials or even Prima, both of which are losing circulation; and in the weeklies sector, Closer is a younger version of Woman’s Own or Bella, but with a greater celebrity focus,” he says. Caira says that magazines which continue to offer practical lifestyle tips but fail to be aspirational will continue to fade.

It is understood that IPC is considering a repositioning of its suffering monthly Essentials, whose circulation fell by 14.3 per cent year on year, to 128,844 copies. And industry speculation suggests that NatMags might be planning a spoiler against Condé Nast’s Easy Living, after it registered “Simple Living” this year. But the company’s press office denies that any such plot exists.

Meanwhile, “aspirational” monthlies such as Hachette Filipacchi’s Red and Elle and IPC’s InStyle have all seen healthy circulation growth. Eve, which has now been sold off to Haymarket by the BBC, also posted a rise of 12.5 per cent year on year and 6.8 per cent period on period, giving it a circulation of 160,210.

The women’s weekly magazines sector also continued to grow, seeing a combined circulation increase of 3.9 per cent year on year. IPC’s Now continues to dominate the celebrity-led market, with a circulation of 619,186. It is followed by EMAP’s Heat, whose circulation was down slightly (by 2.6 per cent year on year) to 552,215 copies a week. More traditional women’s weeklies such as Woman, Woman’s Own, Bella and Best, which experts say continue to churn out a “formula of prescriptive living”, all reported year-on-year declines.

The performance of the home-interests market does not look impressive either. But despite a slight dip of one per cent year on year, the sector posted a period-on-period increase of 8.2 per cent, which seems to offer some glimmer of hope. IPC’s Ideal Home retained the sector crown, with a circulation of 260,439 copies, but this was a fall of more than five per cent year on year and four per cent in the period. NatMags’ House Beautiful and Country Living, and the BBC’s Good Homes, all posted significant circulation increases, however. But with the exception of these few titles, the rest of the sector presents a fairly dismal picture. Some publishers believe that the DIY home improvement trend, which had grown since the slight slump in the housing market, may have reached a plateau, leading to a tailing-off in sales of related magazines.

There seems little to worry publishers in the men’s market, which experienced massive circulation growth of almost 25 per cent year on year. It was the explosion into the market of the two weeklies – a first for the men’s market – IPC’s Nuts and rival EMAP’s Zoo last year that made the sector look not only buoyant but also more attractive for potential launches.

Nuts has recorded a circulation of 275,459, second only to top-selling monthly FHM, published by EMAP. But its circulation fell by 5.1 per cent in the six-month period. EMAP’s Zoo, however, boosted its circulation by 20 per cent, compared with the first half of the year, to 240,215. FHM remained the best-selling title in the sector, seeing 1.1 per cent period-on-period growth to 580,027, though circulation fell 3.5 per cent year on year.

Loaded, the title hardest hit by the launch of the two weeklies, is said to be planning to relaunch. Critics say that any revamp needs to have as its aim making Loaded look less like its sister title Nuts. Both titles feed their readers a testosterone-filled diet of girls and pub-style humour.

Maxim publishing director Bruce Sandell seems to agree that the monthlies are having to evolve. “What we’ve done best is focus on the humour we deliver, which is in line with Ricky Gervais’ The Office. But most other magazines are still living in the Eighties, in the Men Behaving Badly mode,” he says.

Insiders say that IPC is hardly running scared over Loaded. It is understood that the company is not only revamping the 11-year-old Loaded but, fresh from the success of Nuts, it is getting ready to launch another weekly, focusing on entertainment.

Meanwhile, in the deregulated listings market, whose combined circulation was down 1.4 per cent in the period and 2.2 per cent year on year, a price war has broken out. This was initiated by IPC’s market leader, What’s on TV, which cut its cover price by 10p to 35p. H Bauer’s TV Choice retaliated, slashing its cover price to 30p. And as the paid-for television listings magazines continue to face an uphill battle against the ever-increasing range of listings in newspapers, the market is soon to have another entrant from the Trinity Mirror group (MW February 10).

Though What’s on TV continues to sell more than 1.5 million copies a week, it experienced slight dips, both period on period and year on year, giving it a circulation of 1,587,578 copies. The BBC’s Radio Times’ circulation declined by 4.2 per cent year on year, but rebounded somewhat with a slight increase of 0.4 per cent in the period to 1,108,718.

Caira says that the listings price war is an attempt by publishers to increase their respective market shares, but that it could end up discouraging Trinity Mirror from launching its listings title.

Starcom MediaVest press buyer Ian Tournes says that although he was surprised to see the teen entertainment titles’ circulations sliding further, the celebrity-led women’s weeklies will continue to dent the teen market. “Slightly older teenagers will trade up to the likes of Now and Heat, in search of something that does not sit alongside other younger women’s titles.”

BBC Magazines teen group publisher Alfie Lewis says: “TOTP is almost 75,000 copies ahead of its nearest competitor. Having just announced a move from monthly to fortnightly publication, exciting times are ahead for the biggest-selling music title.”

Exciting or not, this year is expected to see a rash of magazine launches. MediaCom press director Steve Goodman says that the overall consumer sector shows impressive signs of growth, largely thanks to new entrants such as the successful men’s weeklies. “All key publishing houses and all major titles have been performing well. The new launches, such as Grazia, are trying to create different environments for readers. All this is good news for the market because publishers seem constantly in the search for a broader readership.”