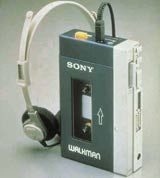 The woes of consumer electronics company Sony have been well documented in recent months, but last week’s news that Korean rival Samsung has overtaken it in terms of brand value will only add to the Japanese giant’s problems.

The Global Brands report, which is published by brand consultancy Interbrand, shows that the value of the Korean brand has shot up by 19 per cent to $14.96bn (&£8.6bn) last year moving it to number 20 in the global brands table. Sony, on the other hand, has seen its brand value decline by 16 per cent, to $10.75bn (&£6.18bn). It has dropped to 28th in the league table.

These changes signify a dramatic reversal in the fortunes of the two companies. A decade ago, Samsung was a low-end electronics company, owning brands such as Wiseview and Yepp, whereas Sony was still seen as a premium brand, responsible for pioneering products such as the Walkman.

But following the Asian financial crisis of the mid-1990s, Samsung made significant job cuts and revised its strategy. It decided to focus on its core brand and on two key product areas – mobile phones and televisions. Interbrand global managing director Jan Lindermann says this has allowed the company to develop a coherent strategy that places the brand at the centre of its communications.

He adds that this approach has combined with the ability to develop products with the “wow” factor. Samsung benefits, he says, from being able to marry technical know-how with good design.

Lindemann says: “Samsung has a very brand-focused approach and product is a big part of that brand. It didn’t reinvent the phone or the TV, but its consistent marketing has helped it to develop them as ‘hero products’. It has a far smaller marketing budget than Sony, but it has used it more effectively.”

Nigel Couzens, a former marketing director of rival Korean company LG Electronics, says that there has also been a change in consumer attitudes towards electronics brands. He says: “We have a level playing-field now when it comes to product. Consumers won’t pay a premium for Sony any more. Brand is less important and cost is more important.”

But while Samsung has certainly made giant leaps in Asia and eastern Europe, it is still building its position in western Europe, India and China. In 1997, Samsung signed up as an Olympic sponsor to give its brand support in these markets and across the globe. And last year, the company consolidated its &£415m advertising business into WPP Group. Samsung has also taken over from airline Emirates as the sponsor of Chelsea Football Club.

Couzens, now a freelance marketing consultant, points out that Sony is trying to fight back. He expects that the appointment of Welshman Sir Howard Stringer, Sony’s first foreign chief executive, will result in changes to Sony’s fragmented structure, perhaps including the sale of under-performing divisions in an effort to streamline the company.

But if Samsung is to continue to forge ahead, Couzens suggests it ought to look at its own structure. He explains: “Samsung’s thinking is too local and the company is very tightly controlled from Seoul. This could limit its success in areas such as western Europe.”

But he concedes that Samsung has come a long way over the past decade. He says: “Samsung does have some issues. However, globally, it is slowly but surely driving its rivals into the ground.”

I would like to refute key points in David Miller’s letter, “Loyalty runs out of honey, try intrinsic value” (MW last week). Miller states that Nectar has not encouraged cross-shopping between Nectar sponsors and that most collectors are passive. He is wrong on both counts. Cross-shopping has shown a continual rise since we launched Nectar […]

As surely as swallows herald summer, at the first whiff of recession one of the big advertisers has massively cut its marketing and media spend. Those with long memories will recall that Heinz has something of a reputation as a spend-slasher. A decade ago, it created notoriety for itself by sensationally cutting its main media […]

Despite the very public comments of ISBA’s Paul Philpott TV is still ubiquitous and appealing.