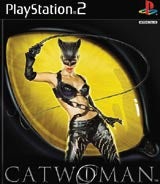 EA, the world’s biggest computer games publisher, is parting company with its current lead agency, See, next month, as exclusively revealed in Marketing Week (January 13). See has been EA’s lead agency in Europe since 1999 and in the US since 1994, but it will not have its contract renewed when it expires at the end of March.

The company has handed Wieden &amp; Kennedy lead agency responsibilities for the entire global business without a pitch. It is thought the agency will run the European account from its Amsterdam office. EA spends about $66m (&£35m) on advertising in Europe and &£12m in the UK.

EA’s global sales have rocketed in recent years and it is thought to have outgrown See, although both parties say the decision was mutual and amicable.

EA and Wieden &amp; Kennedy were unavailable for comment as Marketing Week went to press.