Posts on the page included text that stated “WKD 8 Ball weekend prediction. You will refuse to do karaoke. At first” next to a bottle of WKD, while information in the brand’s “about” section stated: “Where there’s good times, there’s WKD. We’re all about getting together with the best people and enjoying yourself – especially at the weekend. Like us and get involved”.

The Youth Alcohol Council challenged whether the ads were irresponsible because they implied alcohol could enhance confidence, suggested alcohol was capable of changing mood and behaviour, implied alcohol was a key component of the success of a social event and were likely to appeal to under 18s.

WKD owner Beverage Brands UK Ltd. said the ads did not breach Facebook’s guidelines but that it was willing to remove or change certain ads that were being investigated – such as the karaoke post and another that included a check list stating “Haircut? [tick] WKD? [tick] Ugly mate to make you look better [tick].”

The Advertising Standards Authority acknowledged Beverage Brand’s willingness to make changes and its challenge that none of the posts showed alcohol being consumed.

However, the watchdog said the ad that referenced karaoke would be understood to be an activity that often takes place after alcohol is consumed, that it was likely to be interpreted that the product could enhance confidence and change mood and behaviour and therefore breached the advertising code.

It also ruled the karaoke ad, alongside the post that included the checklist and another update that included an image of a man in a hat labelled “Head of WKD Weekends” would be understood to mean that successful weekends involved drinking WKD and were also banned for that reason.

The ASA told Beverage Brands to ensure future advertising did not imply alcohol could enhance confidence, or was integral to the success of a social event, or capable of changing mood or behaviour.

However, the regulator found WKD was not in breach of rules that dictate alcohol brands cannot advertise to under 18s – particularly because the page was only available to view by Facebook users over the age of 18. 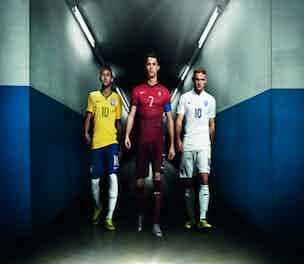