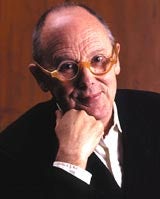 Michael Wolff, one of the best-known names in the corporate identity industry, has allegedly been “dismissed for gross misconduct” from The Fourth Room, according to a statement issued by the company.

Marketing Week has tried and been unable to contact Wolff for a response to Tuesday’s (23 July) statement.

The Fourth Room co-founder and managing partner Piers Schmidt says: “I am deeply saddened to have to announce the departure of Michael Wolff, a founding partner of the Fourth Room. I don’t consider it appropriate to elaborate on the circumstances surrounding his dismissal.”

It is not clear under what circumstances Wolff has left The Fourth Room.

Wolff is best known for setting up Wolff Olins with Wally Olins in 1964. He left that company in 1981, after disagreements with Olins, and became an independent consultant before joining Interbrand Newell &amp; Sorrell (INS, now Interbrand) as a non-executive director in 1996.

He left to set up The Fourth Room with Schmidt – INS’s then director of strategy and the person who oversaw the controversial British Airways “tail-fin” rebranding, and Wendy Gordon – formerly founder and chairman of The Research Business International. Fourth Room clients include Coca-Cola, Kimberly-Clark, MFI Group, Orange and Sainsbury’s.

In July 2000, The Fourth Room was bought out, in what is believed to have been an all-share deal, by US e-business group US Interactive. The takeover was reversed in February 2001, after the collapse of the dot-com bubble.