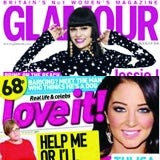 The “Women’s Fashion and Lifestyle” sector is up 1.4% year on year to an average net circulation of 6.8 million according to the latest ABC figures for the six month period to June 2011.

The sector was up 1.8% in the six month period, against the trend of readers migrating from print titles to digital editions.

The highlight was Condé Nast’s monthly lifestyle magazine Glamour, which retained is place at the head of the sector. The magazine was up 5.9% in the period to 530,060 and is up 0.7% year on year.

The publisher is releasing a raft of new iPad apps, including various Vogue special editions throughout the year, after being buoyed by the response to its initial app launches as consumers flock to new devices for content.

The Women’s Fashion and Lifestyle sector welcomed a new publisher this month, Hearst Magazines UK, which was formed from the merger between the National Magazine Company and Hachette Filipacchi.

The merger saw the closure of NatMag’s She magazine, which was dropped in favour of Hachette’s Elle and Red. Both Elle and Red are up slightly year on year, although the former title’s circulation dropped slightly in the period.

Hearst Magazines UK’s biggest women’s lifestyle title Good Housekeeping was down 2.9% in the period to 430,878, although it is up 2% year on year.

Company magazine, also published by Hearst Magazines UK, marked the most dramatic circulation drop in the period and year on year. The title is down 17%, both in the six months and year on year, to 180,162.

Arnaud de Puyfontaine, chief executive of Hearst Magazines UK says. “Like many businesses in the UK, we are facing a challenging environment, so it’s encouraging to see that many of our brands recording year on year increases. We believe strongly in the power of print and this, combined with a strong digital presence, further reinforces our position as a leader in the industry with the agility to take full advantage of all growth opportunities ahead.”

Women’s weeklies continued to take a hit, despite a torrent of Royal Wedding coverage in the period.

The biggest title of the sector by circulation, H Bauer’s Take a Break, is also seeing falling numbers. The title is down 6.1% year on year and dropped 3.6% in the period to 803,555.

The only bright spot in the six month period was Northern & Shell’s OK! Magazine which was up 4.9% to 473,167, although the title’s circulation dropped 1.2% year on year.

The title also recently launched a spin-off supplement in Northern & Shell’s Daily Star Sunday as the tabloid looked to take advantage of the closure of the News of the World and entice over its former readers. 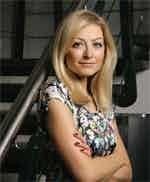 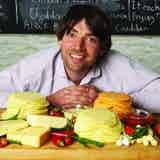 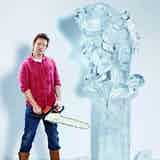 Jamie Oliver is teaming up with Young’s Seafood to launch his first range of branded frozen seafood, less than a month after ending his 11-year partnership with Sainsbury’s.