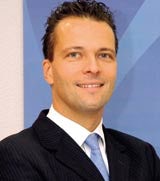 European women will be spending more time online than their male counterparts within 12 months, according to a report published by the European Interactive Advertising Association (EIAA).

The research shows that men have traditionally embraced the internet, spending an average of 11 hours a week online in 2005 compared to nine hours a week for women. However, in the past three years, the number of hours spent online by female internet users has grown by 63%, compared to just 54% for men.

The internet is Europe’s fastest growing media among women, the EIAA says – time spent watching TV has grown by only 12% while time spent on reading magazines has fallen by 4.5% in the past year.

Michael Kleindl, chair of the EIAA, says: “Whether it’s sharing opinions through blogging, saving time on the weekly shop with e-commerce or communicating more efficiently by instant messaging, the internet is becoming increasingly integrated into the woman of today’s lifestyle.”

The European Interactive Advertising Association is a pan-European trade organisation for sellers of interactive media.