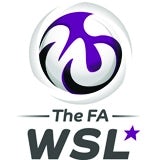 The Association claims that the new name “represents a new direction and feel” for women’s football in the UK.

It is hoped that the new championship, which had been known as the “FA Women’s Super League” since it was unveiled in March, will prove to be “commercially sustainable” by attracting interest, and money, from sponsors and spectators.

The FA adds in a statement that it wants to ensure that England’s “most talented female players no longer have to move overseas to play competitive football”.

Bridget Ruffell, managing partner at Corporate Edge, says the identity aims to help “position women’s football as an exciting, skilful and contemporary game to watch and compete in.”

Arsenal Ladies FC, Chelsea Ladies FC and Liverpool Ladies FC will be among the teams competing in the league.