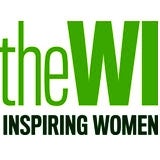 The Women’s Institute (WI) is planning the launch a range of branded food products as it looks to exploit its reputation for offering home cooking and recipe tips.

The WI, which has 207,000 members, is considering launching a range of foods including baked goods and jams. They will be positioned as a second best alternative to home baking for those that do have the time to bake themselves.

The Institute currently offers recipe and cooking tips via its website and magazine WI Life. A spokeswoman says that the possible move is still in its “infancy” but branded goods are natural for an organisation “synonymous” with home baking.

Partnerships will be sought, she adds, with already-established family-run companies to develop the products.

The National Federation of Women’s Institutes of England, Wales, Jersey, Guernsey and the Isle of White has applied to the Intellectual Property Office to register the trademark “WI Foods”.

The move is still being discussed by the WI’s board of trustees, the spokeswoman adds, and has not yet been decided whether products will be sold directly via the WI website, in supermarkets, or both.

The WI is seen by many as an influential campaigning body with politicians quick to court members. Tony Blair was famously slow hand clapped at a WI event in 2000.