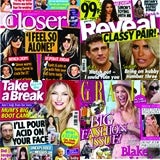 Despite massive celebrity stories including the torrid relationship between Katie Price and former partner Alex Reid, The X-Factor and Cheryl Cole’s illness, the sector saw an overall ciruclation decrease of 8.4% to 7,906,871 year on year.

The sector is still the third-biggest in the magazine market, according to the latest ABC figures for June to December 2010.

In the previous set of ABC figures for the January to June period, the sector reported a 0.9% decline for the year, which observers attributed to the lack of major celebrity stories.

This month Richard Desmond, owner of Northern & Shell and Channel 5, launched an OK! TV programme on the channel . The launch was subdued by presenter Denis Van Outen quitting the programme three days before launch.

Northern & Shell’s New! and Star titles also took a hit, losing 2.7% and 2.4% of their circulations for the six month period.

For the six months to December, IPC Media’s Woman’s Own magazine saw the only considerable rise, with circulation up 7.1% to 291,700, although the title is still down 2.3% year on year. It appointed Vicky Dent as its new editor in June.

However, managing director of Heat, Sophie Wybrew-Bond points to its strong digital arm as a better measure of the title’s success.

She says: “Heat is the go-to multiplatform brand for all things celebrity and remains hugely influential among its consumers.”

All three of NatMag’s women’s weeklies – Reveal, Best and Real People – saw a circulation decline for the six month period. Its highest circulating title Reveal was down 2.3% for the six months to 324,590, despite reducing its cover price.

Hubert Burda Media’s celebrity title Love It! saw a six month circulation increase, up 4.6% to 242,315, but the magazine still reported a substantial 14.5% drop-off year on year.

The Lady is still reporting moderate success following its revamp in 2009 and saw a slight 1.8% circulation decrease for the six months, but is up 4.9% year on year to 30,201 – the largest yearly increase of the sector.

H Bauer Publishing’s Take a Break is the highest-circulating women’s weekly, but figures are still in decline, with ciruclation down 7.4% year on year to 833,522.

Hello! Ltd’s flagship magazine Hello! saw circulation drop-off slightly, with figures falling 1.6% for the six month period and down 0.8% for the year to 405,608. 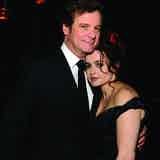 Colin Firth and Helena Bonham Carter have lent their support to the campaign for the Alternative Vote (AV). 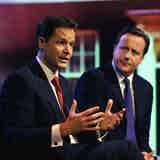