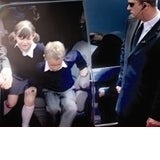 Woolworths is poised to call a pitch for the advertising business for its standalone Ladybird high-street stores. The move will come as a blow to the retailer’s incumbent, Bartle Bogle Hegarty (BBH).

The retailer is planning to roll out up to 50 Ladybird-branded high-street stores over the next five years, and is also opening 92 Ladybird “store-in-stores”. It is set to sign a deal with a franchise partner, and will then seek to appoint an advertising agency.

A Ladybird spokesman says: “A decision will be taken on ad agency support once we have the deal with the franchisee signed. It is important we involve the partner in the project. Clearly, BBH will be in the running but of course the Ladybird team will look at all its options. We still have long-term plans with BBH for Woolworths.”

The news comes as the retailer launches a &£1m campaign for Ladybird Value school uniforms, created by BBH. It breaks on Scottish TV this week, and elsewhere in August.

There have been rumours that Woolworths is planning to review its advertising although this has been denied by the retailer. BBH was appointed to the business in April 2003.

Woolworths spends up to &£25m annually on its advertising. It has poached Asda’s non-food director Tony Page to fill the newly created board-level position of managing director, commercial and marketing. He will take up the role in September.