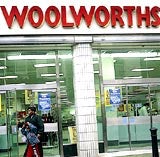 Kingfisher-owned Woolworths is exploring the possibility of producing advertiser-funded programming.

Woolworths is in the process of talking to media agencies, production companies and media owners about finding the right partners for the project.

The retailer is thought to be looking at programming ideas suitable for its toy category. It plans to have some programme association in place between October and November to capitalise on sales in the run-up to Christmas.

It may decide to fund a whole series or a particular strand within a regular programme.

The programming is likely to be used to encourage viewers to visit its interactive TV shopping sites on Open and Telewest and to its transactional website.

Woolworths recorded its highest week of sales on Open in the run-up to Christmas last year. Books and entertainment products such as videos and CDs account for about 70 per cent of sales.