The latest Advertising Assocation/Warc report reveals spend in 2014 is expected to jump by 6 per cent this year, an upgrade on the 5.5 per cent prediction made in April.  It is a similar story for next year’s figure, which has been revised from 6.5 per cent to 6.7 per cent off the back of a recovering economy and greater confidence in mobile.

Mobile is set to increase by two thirds (75 per cent) this year and by nearly a half (46 per cent) in 2015 to hit £1.8bn and £2.65bn respectively. The shift is likely to lift total internet spend by 75 per cent in 2014 and 47 per cent in 2015, the researchers said. Brands such as Adidas and Coke have upped spend in mobile to exploit demand for second-screen content around the World Cup, while Pernod Ricard and Mondelez are looking to next year to make significant gains from the channel.

Television and radio are also set to benefit from the tournament this year with spend on the former jumping 5 per cent in the first quarter to reach £4.4bn, ahead of the 4.5 per cent rise previously predicted. The rate of increase is set to ease in the third quarter, according to the report, reflecting the decision of many advertisers to bring their budgets forward specifically for the event. Radio is expected to take the momentum from a 5.7 per cent year-on-year rise in the first quarter through to the second before slowing for the rest of the year to deliver a 4.7 per cent rise in 2014 – the sector’s best performance since 2003.

Out of home spend is set to bounce back from a 2.2 per cent drop at the start of the year to deliver a 2.7 per cent increase for the whole year.

Karen Fraser, strategy director at the Advertising Association, says: “This latest set of data shows the importance of global events such as the World Cup to advertising spend in the UK. Following a positive start to the year in Q1, Q2 is set to be a strong quarter for the sector, buoyed by the tournament.”

The rise in budgets is reflected in the demand for talent. Spend on recruiting advertising professionals grew in both the final quarter of 2013 (3.7 per cent) and the first of quarter of 2014 (2.6 per cent), pushing this year’s forecasts to  £521m. It comes after the industry posted 21 quarters of decline out of the last 25.

A separate report from recruitment consultants Robert Walters indicated that the recrutiment drive will be for junior and entry-level marketing professionals as brands look to build their teams from the ground-up. 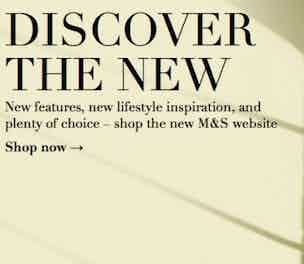