That seems to be what is happening in Brazil where the widespread civil unrest has not only caught the nation’s government but also FIFA and next year’s World Cup sponsors on the hop.

It scarcely seems possible that Brazil’s football-loving populace is turning its back on the beautiful game. And it isn’t. But a large proportion of the nation are now protesting the financial burden next year’s World Cup has imposed on the public purse together with their other grievances.

The question is will they start focusing anger beyond tournament organiser FIFA and on to individual sponsors?

The run up to the World Cup, the Confederations Cup, has now seen protests outside stadiums and the potential image of tear gassed crowds surrounding the World Cup venues next year is not one I imagine brands from Adidas to Coca-Cola will want to be linked with.

So far the sponsors have maintained an outward calm and not suggested they are looking at any scenario other than supporting a fantastic sporting event. But already I hear behind closed doors there is a rising level of consternation.

What should the sponsors and other brands allying themselves with Brazil be doing? Maybe first of all they should realise they have no control over how their marketing plans may become annexed to protests. Diageo has already found this out with the hijacking of its Johnnie Walker campaign that has the strapline “The giant is no longer sleeping. Keep Walking, Brazil.” The brand might possibly be benefiting from goodwill to the spirit of the original campaign but that’s not a safe bet.

Marketers should be reviewing their World Cup strategies in the light of the fact any piece of communication might now be given a different meaning and purpose. They can’t stop that happening but they might decide certain messages should not be put out in the first place.

They might also want to ramp up or speak louder about any CSR initiatives they are undertaking to demonstrate that the World Cup is not just about taking money out of the region. These should be more concrete than the nebulous “permanent sports legacy” that a Coca-Cola spokesman pointed to when speaking to Marketing Week. Such legacies are always touted as being enjoyed by host countries after international sporting events but seem to evaporate quickly (think the London 2012 Olympics).

I don’t believe that the unrest in Brazil has reached the point where the World Cup sponsors need to consider withdrawing their support – or that the event should be cancelled. But one only has to look at the unedifying spectacle of the Bahrain Grand Prix in April, where sponsors were remarkably quiet about their involvement and there were swathes of empty stadium seats as corporate packages went unsold, to realise that the impact of politics on sport cannot be avoided or ignored. 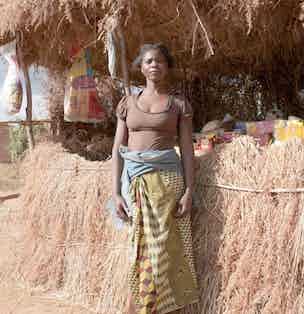 Ahead of her presentation at Marketing Week Live this week, Jane Cooper, Unicef director of brand, highlights the rules of corporate and charity sector partnerships.