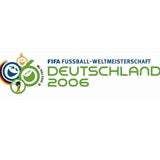 Half of the UK’s population cannot correctly identify a single 2006 FIFA World Cup official partner, despite a massive &£300m being spent by sponsors, according to new research.

Although Adidas was correctly identified as an official sponsor by 20% of those polled by market research group Global Market Insite (GMI), 19% named Nike, even though it has no official links to the tournament.

In total, 55% of UK consumers were unable to identify a single sponsor correctly, the worst performance amongst those traditional football-loving nations in the GMI poll. The most sponsor savvy were the Brazilians, where only 17% could not name a single sponsor, and the Chinese, where the score was 12.5%.

Of the official sponsors, the most recognised by UK consumers was McDonald’s, on 22%. Budweiser got 17% and MasterCard 15%.

“Nike has been confused as a sponsor purely on the strength of its brand and its high-profile advertising campaigns featuring international football stars. In comparison, there are some bona-fide sponsors who are barely being recognized at all,” he adds.