Lidl expands into the US

Lidl is set to launch its first stores in the US this summer, with plans to open up to 100 locations across the East Coast within a year.

Lidl’s first 20 stores will be opening in North Carolina, South Carolina and Virginia. Lidl currently operates around 10,000 stores in 27 countries.

Both Lidl and Aldi have been aggressively expanding in Europe. In the United Kingdom, Aldi recently became the fifth biggest grocer, overtaking the Co-operative. Both brands offer low prices by focusing on store-label products rather than name brands.

Billions spent on loyalty seemingly not paying off

Even though US marketers are spending an estimated $90bn a year on non-cash rewards alone for loyalty programmes, that investment appears increasingly wasted, according to new research by Accenture.

The firm’s 12th annual survey of 2,500 US consumers found that 54% of people had switched providers in the past year, and 78% siad they retract loyalty faster today than they did three years ago. Retailers, cable and satellite providers, banks and internet service providers were the most likely victims of switchers.

Survey results suggest many loyalty efforts are misdirected at things people don’t want that much, says Robert Wollan, senior managing director and global lead of advanced customer strategy at Accenture Strategy. Only 34% of respondents said what makes them loyal today is the same as three years ago.

The Unilever Foundry heads to Asia with workspace launch

Unilever’s startup programme Unilever Foundry has teamed up with Padang & Co to launch Level3 in Singapore, a co-working space that is set to promote innovation.

In a company statement, the FMCG giant says the space is aimed at bringing together Unilever, startups and entrepreneurs to encourage innovation and create new partnerships to drive the business forward.

Built within the Unilever regional headquarters in Singapore, the work space provides proximity to Unilever brands and access to existing Unilever Foundry programmes.

“The set-up of Level3 in Singapore – a global first for Unilever – is a strong testament to the growing vibrancy of Singapore’s startup ecosystem. Level3 represents an emerging corporate innovation model that is aligned with the Economic Development Board’s efforts to encourage collaborations between multinational companies and other enterprises such as startups,” says Beh Swan Gin, chairman, Singapore Economic Development Board.

A Hollywood thriller is using a network of fake news websites and a fake water brand to generate interest and publicity, according to information uncovered by BuzzFeed News.

‘A Cure for Wellness’ is a psychological thriller from 20th Century Fox. It tells the story of a young man who follows his CEO to a wellness retreat in Switzerland and discovers that the treatments being offered are not what they seem.

Besides a Super Bowl ad, the campaign includes five fake local news sites that are turning promotional references to the film into hoaxes. The sites also host ads for the film and for a fake water brand that in at least one case directs people to a website directly linked to the film.

“A Cure for Wellness is a movie about a ‘fake’ cure that makes people sicker. As part of this campaign, a ‘fake’ wellness site healthandwellness.co was created and we partnered with a fake news creator to publish fake news,” a spokesperson for the film confirms.

READ MORE: A Hollywood film is using fake news to get publicity 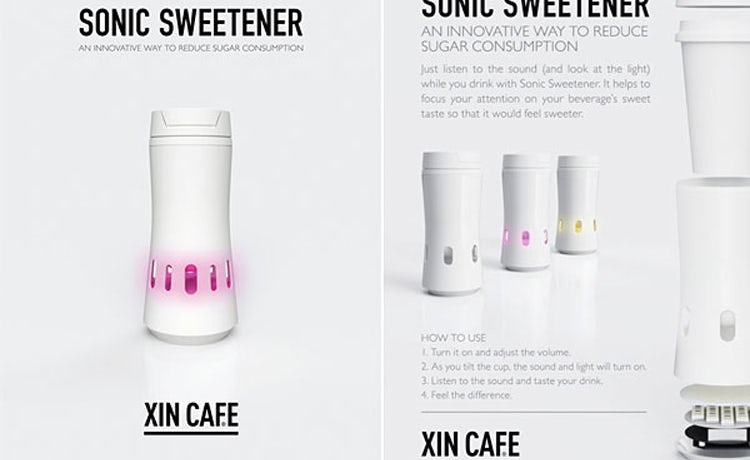 Over-consumption of sugar is a problem plaguing many first world countries. Scientists at Oxford University have been studying whether listening to different music can change the way your food tastes. Listening to higher-pitched musical notes, for example, is believed to make people perceive foods as sweeter.

Beijing Dentsu’s Shanghai office put that idea to the test in a campaign for a local cafe called Xin Cafe, as a way to make people in China think about over-consumption of sugar. Obesity is becoming a major issue in China, with a study published last year finding that one in six Chinese boys and one in 11 girls were obese.

The agency had sound designers come up with a soundtrack of higher-pitched tinkly sounds and embedded a player into the base of a cup. They called the soundtrack the “sonic sweetener.” People could plug their headphones into the cup and listen while they sipped. About 63% of cafe goers said their drinks tasted sweeter.

READ MORE: A Cafe in China Made Beverages Taste Sweeter By Changing the Audio Soundtrack 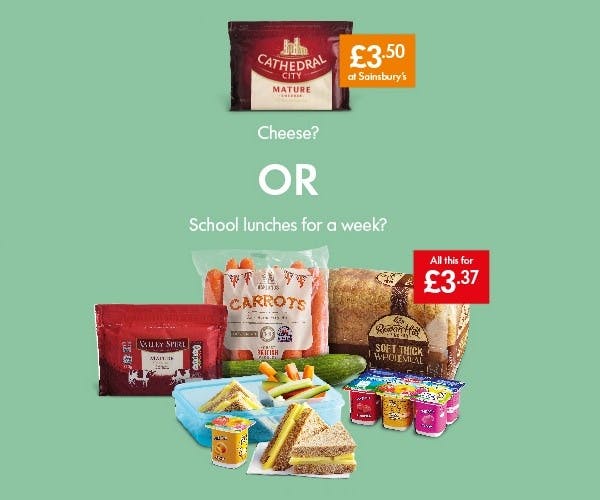 ‘Big on quality, Lidl on price’ campaign will directly compare Lidl products with those of its rivals.

Unilever’s marketing boss Keith Weed says fragmentation is a “massive risk” to brands as it lessens their power and consistency.