Marketers at some of the UK’s biggest advertisers have said they are “worried” by the government’s controversial decision last week to privatise Channel 4, with some fearing its “bold and brave” scheduling may not survive.

Boots CMO Pete Markey says whatever happens, the “critical thing is maintaining the integrity of Channel 4 and the values that have set it apart as a broadcaster”.

He says the big appeal of the channel is its “distinctive approach” to programming and content that “only they can bring”.

“My hope is that at all costs we maintain the quality of leadership and content that has always made Channel 4 an outstanding broadcaster and brand partner,” he adds.

Likewise, Zoopla CMO Gary Bramall says as a “child of the Channel 4 era” he feels “emotionally attached” to the channel’s “bold and brave scheduling, thought provoking news and beautiful storytelling cinematography”. But, he questions “how much of this can survive with a new commercial owner”.

He admits, however, the channel as a whole has “struggled to evolve” and has “lost touch” with younger audiences in recent years.

“Its programming has become stale or polarised from a brand partnership perspective,” he says. “It will be a sad day if Channel 4 is sold, but I wonder if I’m mourning the loss of what it was versus failing to see what it has now become.”Channel 4 promises to be ‘more radical’ as digital strategy proceeds ahead of hopes

A knock to creative effectiveness

As it stands Channel 4 is publicly owned but privately funded, with around 90% of its funding coming from ads, the profits of which it reinvests into new programming.

Part of the government’s justification for privatising the channel is to help it compete with streaming giants like Netflix and Amazon. On sharing her intention to privatise the broadcaster, culture secretary Nadine Dories tweeted that she had “come to the conclusion that government ownership is holding Channel 4 back” from being able to take on these fast-growing entities.

However, Ross Farquhar, marketing director at mochi ice cream brand Little Moons, describes the decision as “worrying” as he believes it could result in Channel 4 losing what makes it stand out to advertisers today.

“I don’t imagine there’s many brands out there hoping for Channel 4 to turn into ‘another <insert competitor channel here>’, and the role it plays in nurturing the production industry and breaking young talent directly impacts advertisers’ ability to achieve creative effectiveness,” he says.

Little Moons launched its first TV ad towards the end of last year after initially spiking interest among people in their 20s and late teens on TikTok. To drive brand awareness among people in their 30s and 40s it added TV to the media mix, buying spots almost exclusively around Channel 4 shows Gogglebox and First Dates.Why viral sensation Little Moons ‘backs impact over efficiency’

Farquhar says Little Moons “shares a great deal in common” with Channel 4’s ‘Altogether Different’ ethos and it’s why it was chosen to launch Little Moons on TV. “Their audience is our audience, and they’re drawn to the channel for its distinctiveness in a media landscape that can sometimes feel like it has prioritised quantity over quality and populism over craft,” he adds.

“The only consolation is I know that whatever the outcome of the government’s process, Channel 4 is full of exceptionally talented people who have built a culture that can endure in whatever ownership structure they find themselves in.”

We [must] maintain the quality of leadership and content that has always made Channel 4 an outstanding broadcaster and brand partner.

The main concern for Ben Rhodes, brand director at Phoenix Group, the UK’s largest long-term savings and retirement business, meanwhile, is that older consumers may get overlooked in the process.

“Channel 4 offers a vital contribution to public service broadcasting in the UK. This is particularly the case for viewers over the age of 60, who are 13% more likely to watch Channel 4 than the rest of the population,” he explains.

“We have a growing population of older people in the UK and we are living longer lives than we were a couple of decades ago. Regional public service programming will remain crucial for many.”

The government’s sale of Channel 4 is expected to raise more than £1bn, making it one of the biggest sell-offs since Royal Mail was offloaded a decade ago.

Last week ISBA’s director general Phil Smith expressed his disappointment at the decision, highlighting the “substantial risk” Channel 4 could face if it is “diluted and challenged over time by a new private owner” that “naturally would be pursuing profit and returns to shareholders as a priority”.

Lack of competition is another “key concern”, he says. “At present, there are three TV sales houses – owned by Channel 4, ITV, and Sky – involved in the buying and selling of advertising space. Were these to be consolidated, it would create undue dominance in the TV advertising market and reduce competition.”

ITV is reportedly preparing to launch a bid to takeover Channel 4, while there is speculation that Sky, Discovery and Channel 5 owner Paramount may also be interested.

“For the market to be effective for both advertisers and consumers there needs to be competition,” adds Smith.

Meanwhile, the IPA has also expressed its disappointment, citing Channel 4’s innovative approach and commitment to diversity and inclusion.

He adds: “As we said back in our response to the consultation in September 2021, Channel 4 is a success. Its purpose-driven programming is good for society and it’s good for culture, and crucially, to the IPA, our members and their advertiser clients, it’s good for business. We see no upside but significant downside to privatisation.” 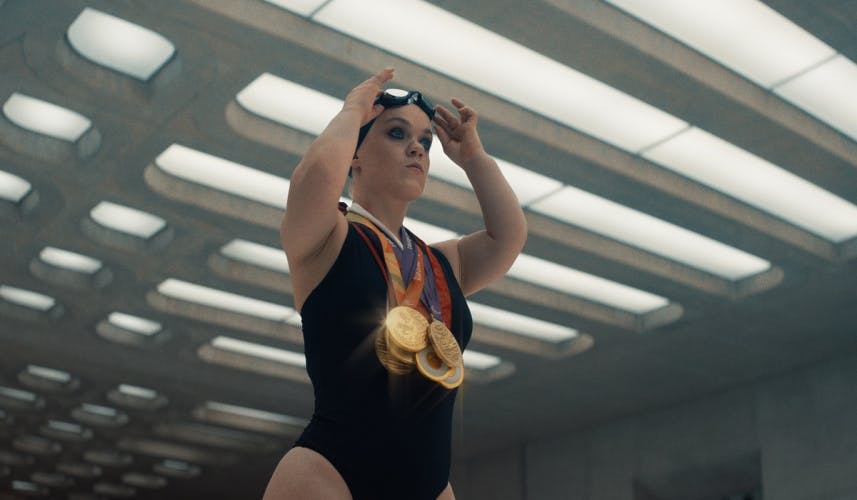 Channel 4 focuses on the determination required to become a champion in the latest iteration of its Paralympics activity, as CMO Zaid Al-Qassab warns there are “still a load of outdated views out there”.