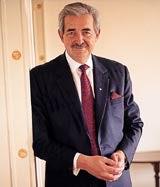 Children are an increasingly important, but sometimes overlooked, element in our consumer culture. They not only have more money than ever before but they are also more influential in household buying decisions.

Last week, Barclays chief executive Matthew Barratt told a Treasury Select Committee that he would like to launch a credit card for children. He said: “The net present value of the baby in the cradle is quite attractive.”

The next day, Barclays said Barratt was joking when he made the comments. But given he was talking to MPs in the full gaze of the media, it’s unlikely his comments were purely flippant.

Barratt was formerly chairman of the Bank of Montreal and will consequently be well aware of the relationship between credit card culture and children in North America. Since 2000, for instance, the US has had Visa Buxx, a debit card for young people that can be used in Visa-approved outlets, but which is monitored and topped up by parents.

Such moves are symptomatic of the way in which young people are asserting themselves. In August, the UK will get a similar card called Dubit, from the company of the same name. The concept has been created by a team of teenagers and will be distributed and managed by an as-yet unnamed high street bank.

The card is expected to be a rival to younger person’s debit card Solo and Internet payment cards Splash Plastic and Smartcreds. It will have more discounts and incentives and will be accepted for more Internet transactions than Solo.

Teenagers receive a modest but rising amount of pocket money – £3.19 a week, according to the Wall’s Pocket Money Monitor 2001. But new research from Abbey National shows children earn about £1,200 a year by doing chores. Given there are 12 million people under 16 in this country, that is a considerable pool of money.

As society changes, children are also starting to get their sticky fingers on the family purse-strings. Observers say the rise in single-parent families means greater responsibility – including responsibility for purchases – is being placed on children at a younger age. And technology-literate children are stealing a march on their parents, helping to direct purchases from stereos to cars.

Robin Lauffer, managing partner of McCann-Erickson’s youth marketing agency Magic Hat, says: “Marketers are recognising that children are important consumers in their own right. In addition to having their own money, young people are influencing many household buys.”

People are also having children later in life – the average age of a woman having her first child in 1997 was 28.8, compared with 26.8 in 1981. As a result, according to Ian Millner, managing partner of youth marketing company Iris, children are becoming a bigger factor in buying decisions.

He says: “Parents are now more considered about whether a product is good for their children. They are having children later and have more disposable income as a result. So they don’t just buy the cheapest car, for instance – they buy a car which is suitable for the children.

Barratt’s idea of recruiting the child to gain the family may not be far off the mark. Tesco has a Baby Club and a Toddler Club and Manchester United FC’s plan to launch a Mini Man United clothing range (MW last week) reinforces the trend.

Lauffer adds that, since the Baby Boom generation, there has been a growing complicity between parent and child

when it comes to brands. She says: “Parents and their children are listening to the same music and buying the same fashion brands.”

Appealing to young people, however, is not a straightforward task. Young people, particularly teenagers, are as confused and fickle as ever. Those marketers that try to talk the same language as children can fall flat on their faces, while those that pretend not to target them at all often seem to win out.

Adam Hildreth, 17-year-old managing director of Dubit, says advertisers often think they know what children want without bothering to ask them. He cites the Budweiser “Wassup?” campaign as an example of how a campaign caught the imagination of children without being directed at them.

He says: “When marketers go to focus groups they say: ‘This is what you want,’ and the teenagers just say: ‘Yes’. But marketers rarely ask them for ideas.”

Switch Card Services marketing and strategy director Nigel Turner is conscious of the pitfalls. Of the company’s 6 million Solo customers, 2 million are under 17, compared with 1 million in 1998.

In October, the company launched a cinema campaign to target the youth market. The campaign was devised to look as if it was aimed at adults.

He says: “We discovered we needed to market the product in an adult way, otherwise it is seen as patronising.”

But the issue of whether advertising manipulates children is still a hot topic. In January, 80 MPs backed an early day motion from Labour’s Debra Shipley to ban advertising to children under five years old.

The move highlights the discord in some quarters about the role of advertising in society. Eric Hester, vice-chairman of family values pressure group Family and Youth Concern, believes TV advertising to children under ten should be banned. He says: “Adults are discerning, but they can can be influenced, so what does that say about children?”

With the youth market growing in importance, advertisers will have to ensure they target the market without exploiting it.