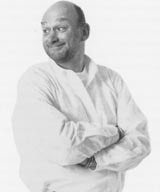 Sherrington, a former senior marketer at Unilever, joins from WPP Group subsidiary Tempus Worldwide, where he is chairman.

Sherrington, who will join the brewer on September 1, will work from the corporate headquarters in London and report to chief executive Graham Mackay.

An SAB spokesman says that, because of SAB’s “federal style”, Sherrington will act in an “advisory role” to the marketing directors of operating units around the world.

These units cover Africa/Asia, Central Europe/Russia, North America, Central America and South Africa respectively. Each unit has its own marketing director, who will report both to Sherrington and to their own managing directors.

He left Unilever in 1988 to found marketing consultancy The Added Value Company with Peter Dart, now the worldwide chairman of WPP’s brand and identity consultancy Enterprise IG. Added Value was bought by Tempus, the holding company for CIA Medianetwork, for about &£10m in November 1999. WPP acquired Tempus last August.