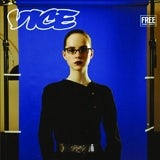 Vice will use the extra resources to “aggressively” expand globally, focusing on emerging markets such as China, India, Brazil and South Korea.

WPP will assist Vice with establishing further partnerships with global brands. Previously, Vice has formed alliances with disparate brands such as CNN and Intel to create content and promote events.

WPP CEO Sir Martin Sorrell says: “WPP is investing in Vice to further develop our content capabilities, particularly in new media and amongst the youth consumer segments. Vice has been extremely successful in developing and repositioning major brands in these areas.”

Vice will also look expand its news and sports divisions.

Vice founder Shane Smith says the partnerships form “an unholy alliance that will ensure no other media company will ever stand a chance against Vice’s relentless onslaught”.

Freston and The Raine Group will take on advisory roles at Vice, with representatives joining the media company’s board, focusing on content production and the global expansion.

Vice magazine has grown since its launch as a punk magazine in Canada in 1994 into a global youth media brand operating in over 30 countries. The Vice Media portfolio includes an expanded edgy magazine and website, books, online video, a record label and a film production company.