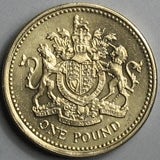 This is in line with the Advertising Association/Warc quarterly report released earlier this week that revised ad spend growth to 1.4%.

GroupM has chopped its forecast for the UK down from 3.6% and says the UK retails sales slowdown has “put the brake on advertising, at least short-term” and impacted on the economy as a whole.

However, GroupM says it has three main hopes that it may have given too dismal a forecast for ad growth. There are that the bank rate does not rise, that retail will bounce back in Q4 and that government advertising will return to growth in the new financial year.

Looking ahead, the report forecast 3.3% growth for 2012, in contrast to the AA/Warc prediction of 5.4%. GroupM points to the Olympics and Euro 2012 football tournament as helping boost ad spend.

It adds that the ad cycle follows corporate investment more closely than consumer spending and the conditions for investment are more positive.